The name is a nod to the bingeable Netflix docuseries starring Joe Exotic, Carole Baskin and lots and lots of big cats 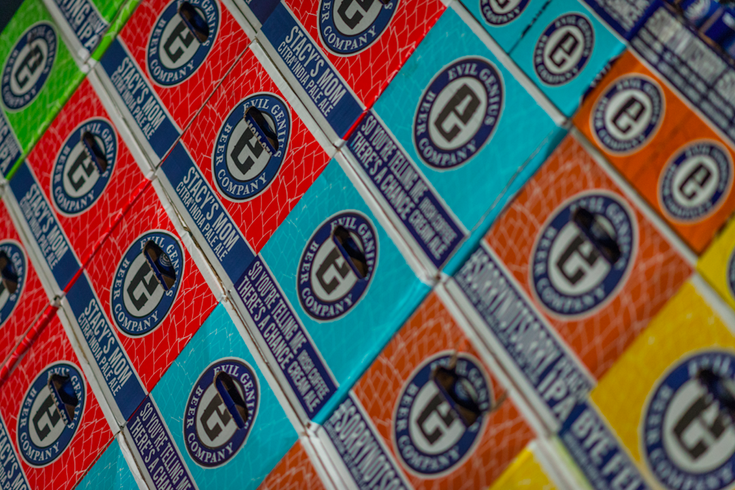 A pale ale inspired by the Netflix show 'Tiger King' is available from Fishtown's Evil Genius Beer Co. The brew is called Felt Cute, Might Feed My Husband To A Tiger Later IDK.

The brewery, which loves to give its beer crazy names that often relate to pop culture phenomenas has created a pale ale called Felt Cute, Might Feed My Husband To A Tiger Later IDK.

RELATED: Gritty does his best impression of Joe Exotic from 'Tiger King'

If you don't get the name (please go watch "Tiger King" right now), it's a reference to Carole Baskin, one of the true-crime documentary's main characters, and the disappearance of her husband Jack Donald "Don" Lewis in 1997.

No one has ever been charged in Lewis' disappearance, but now, because of the popularity of "Tiger King," a Florida sheriff is asking for new leads in the cold case.

Ask Joe Exotic, the title character who lorded over the Greater Wynnewood Exotic Animal Park in Oklahoma and has a long-running feud with Baskin, and he will tell you Baskin killed Lewis. Exotic has promoted the unsubstantiated allegation that the animal-rights activist killed her second husband, put his remains through a meat grinder and then fed him to the tigers at her non-profit animal sanctuary, Big Cat Rescue near Tampa, Florida.

Meanwhile, Exotic currently is in prison after a jury found him guilty of hiring someone to kill Baskin.

And if you're worried these are spoilers for the show, don't fret. That's basically the plot of just one episode. There are plenty more bonkers things in these seven hours of insane television. You really need to watch for yourself.

The brewers at Evil Genius aren't the only local alcohol producers who are fans of "Tiger King," either. Philly's Stateside Vodka posted a video to Instagram promoting its delivery service with someone doing their best Joe Exotic impression.