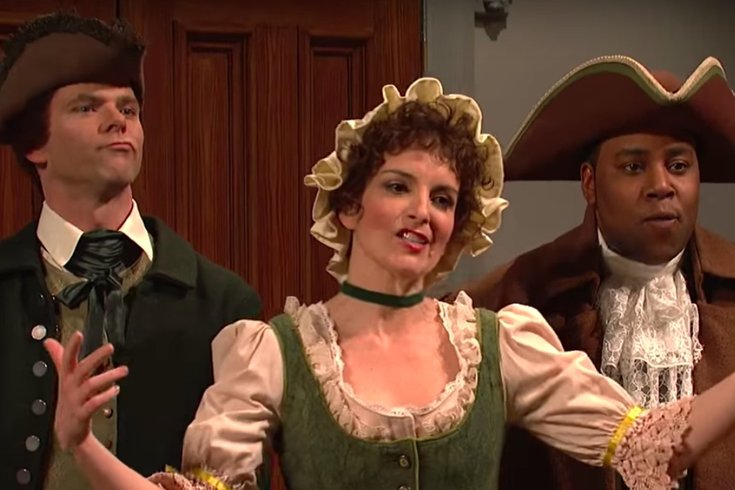 Tina Fey returned to "SNL" has a colonial "iggles" fan.

Donald Glover will kick off the series of fresh episodes May 5 (just one day after May the 4th, also known as “Star Wars” day) ahead of the “Solo: A Star Wars Story” release where he plays a young Lando. It will be Glover’s first time hosting and he’ll double as the musical guest under his performance moniker Childish Gambino.

May 12 Amy Schumer will host for the second time, joined by musical guest Kacey Musgraves. Schumer’s new movie “I Feel Pretty” came out in April.

Fitting with “SNL” tradition, the show’s turned to a major alum to round out the season. Of course, this isn’t Fey’s first appearance on the show this year -- she returned to do a bit on Weekend Update following the Charlottesville alt-right protests, and then again for a very memorable performance as one of the nation’s very first “Philadelphia Iggles” fans.

During her tenure on “SNL” from 1997-2006, Fey is most remembered for her role as head writer and “Weekend Update” co-anchor alongside Jimmy Fallon and Amy Poehler. During the 2008 U.S. Presidential Election cycle, she made another return to play, of course, then-Governor of Alaska Sarah Palin.

Now Fey is behind the Broadway musical “Mean Girls,” based off her 2004 film, which opened this month.

Here’s a look back at some other favorite Tina Fey moments on “SNL.”