Tips to protect yourself as tick season arrives

How to protect yourself from Lyme disease 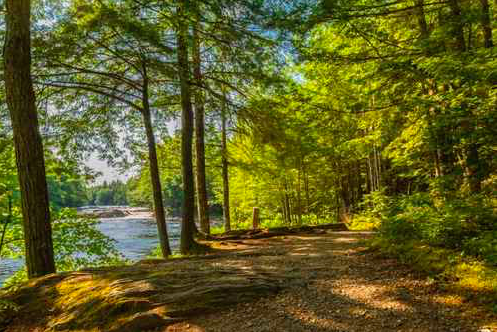 As we start to spend more time outdoors soaking in the beautiful weather, it's easy to overlook that now is the time of year when ticks populations start to boom.

May is designated Lyme Disease Awareness Month in Pennsylvania, symbolized by green ribbons to acknowledge the nation's fastest growing vector-borne illness, according to The Times Herald.

Pennsylvania has reported more cases of Lyme disease than any other state in the last five years, with more than 5,000 cases reported in 2013. It's especially dangerous disease because, early on, the rash and flu-like symptoms can easily be misdiagnosed as anything from multiple sclerosis and fibromyalgia to chronic fatigue and anxiety. If it isn't caught early, it can become a chronic debilitating illness.

Government and citizen groups are taking a more proactive stance to control the spread of tick populations, including a 2014 Lyme Disease Task Force established by the state and a recent seminar held by the Chambersburg Lyme Alliance on May 18. The Task Force plans to submit a review of its findings to the state secretary of health in August.

Some experiments to control tick populations have tried apply permethrin from wicks at bait and salt stands for rodents and deer. U.S. Sen. Robert Casey has also called on the Centers for Disease Control and Prevention in Atlanta to provide more resources to fight infection. To that end, the TickNET program is part of the CDC's $225 million budget for core infectious diseases.

As we start to spend more time outdoors soaking in the beautiful weather, it's easy to overlook that now is the time of year when ticks populations start to boom.

When you're outside and in areas where there's likely to be an increased presence of ticks (woods, leaf litter, shrubs, plant beds, and on pets) here are several tips that will reduce your likelihood of getting bit.

- Cover up as much as possible, weather depending. Tuck your pant legs into the top of your socks when outdoors in high-risk areas.

- Wear repellants, even when gardening. They should include 20 to 30 percent DEET on exposed skin and clothing lasting several hours.

- Apply 0.5 percent permethrin products to clothing and gear, which will last through several washings (useful to know for parents, as the expansion of Lyme disease has disproportionately hit children).

- Always check your whole body thoroughly for ticks, especially creases and hair. Showering or bathing is recommended within two hours of returning indoors.

- Check your gear and your pets, which may be used as riders for ticks to later latch onto people.

- Wear light-colored clothing that will make ticks easy to spot during extended outdoor activities such as hiking and camping.