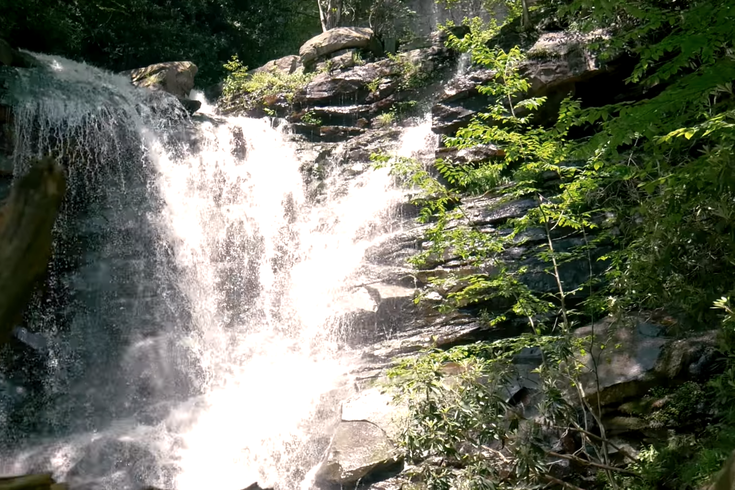 Glen Onoko Falls Trail, closed since May 1 after the Pennsylvania Game Commission raised concerns over the safety of the trail, could reopen if Gov. Tom Wolf’s $4.5 billion Restore Pennsylvania infrastructure plan is approved.

Wolf traveled Tuesday to the base of the trail for a news conference, where he promised to reopen the trail if his severance tax on Marcellus Shale is passed next month, according to Lehigh Valley Live.

"If we get Restore Pennsylvania, I guarantee you we'll open this up," Wolf reportedly said Tuesday.

Wolf, of course, has recommended passage of the tax every year since taking office in 2015, but has yet to see it approved by the state legislature.

Trekking the Glen Onoko Falls trail with @SenJohnYudichak, @DCNRnews, and @PAGameComm where a portion has recently been closed due to unsafe conditions.

Restore Pennsylvania funding could help reopen this popular trail and revitalize others like it across PA. pic.twitter.com/4ph7EgG1fh

The Glen Onoko Falls Trail, a popular but challenging trail, saw two deaths in a two-week span last summer along with plenty of injuries.

Restoring the trail to a usable state would cost $1.5 million, according to Lehigh Valley Live, and with another $3 million for emergency access improvements.

Here’s a look at the trail, for the unfamiliar:

The trail is less than two miles long, according to hiking site All Trails, with an elevation of 849 feet.