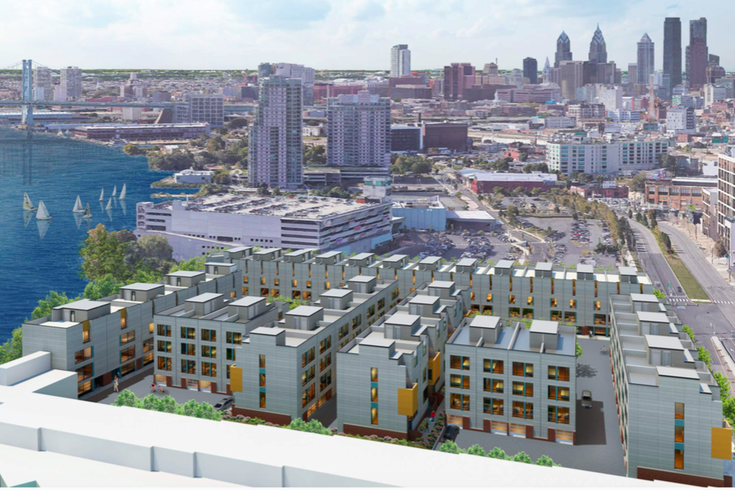 A new proposal along the Delaware River waterfront would bring a 60-townhouse community to the vicinity of SugarHouse Casino and Penn Treaty Park.

Details of the proposal, led by investment group Shovel Ready LLC, were posted this week on the site of Philadelphia's Civic Design Review board, which will hear about the project at a meeting early next month.

The project follows a growing trend of developers and city planners looking to revitalize the waterfront with residential and community-focused projects.

Designed by Cecil Baker + Partners, the townhouses proposed at 1121-41 Delaware Ave. would sit on a project site covering more than 190,000 square feet. A manufacturing building on the lot would be demolished to make way for new construction.

Each of the townhouses in the community would include a garage and a roof deck. 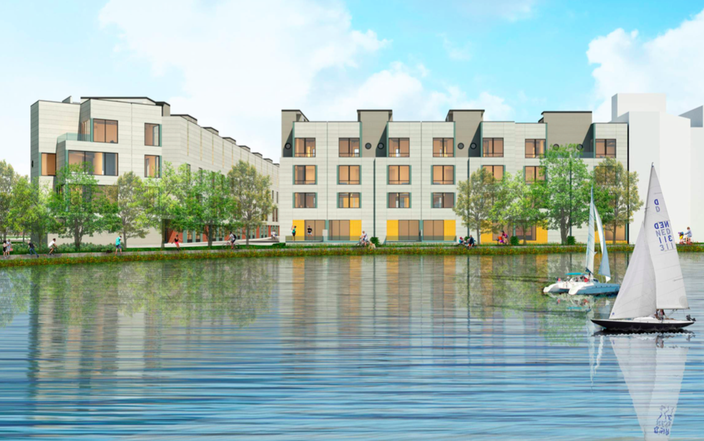 Rendering of townhouses community proposed at 1121-41 Delaware Avenue in Philadelphia. 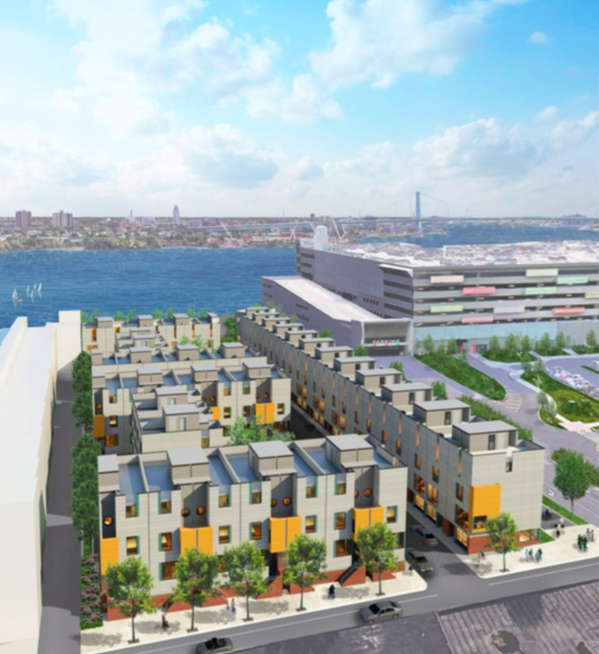 Rendering of townhouse community proposed at 1121-41 Delaware Avenue in Philadelphia.

Last March, Atrium Design Group proposed another riverfront community that would jut out directly onto the pier at 1401 S. Columbus Blvd. The Waterfront Boulevard project would be situated across from the United Artists Riverview Plaza, which is currently undergoing a $12 million renovation, and would represent Philadelphia's first single family-homes that sit above the water.


Other waterfront residences include Views at Penn Treaty, Pier 35 1/2 and Allan Domb's Pier 3 and Pier 5 condominiums.

The project will be reviewed at the next CDR meeting on March 5.