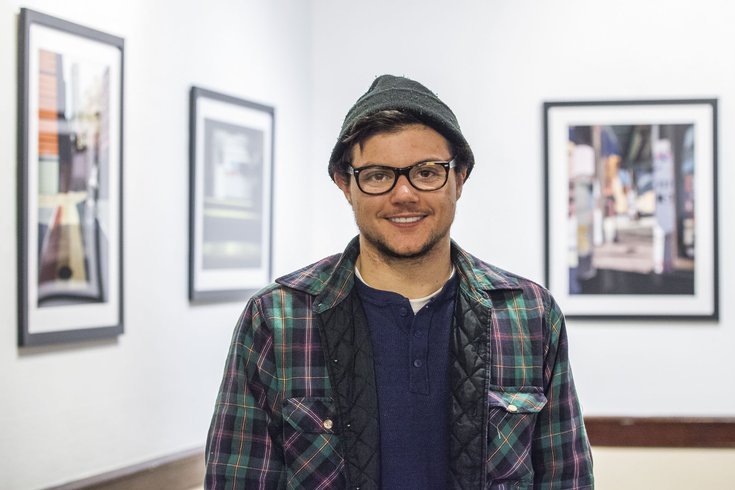 Doylestown, Bucks County native Linus Curci was halfway through his education as an illustrator when he decided to transition to a male, but it wasn't until that moment that he really woke up as an artist.

"I felt like I was drawing with my other hand until I transitioned," Curci told PhillyVoice. "It just set me free."

The William Way LGBT Community Center, which has hosted local artwork in its 1315 Spruce St. gallery space for 15 years, selected Curci as this year's featured artist for its annual Trans | Post exhibit. Now in its fourth year, the exhibit features an open-call assortment of postcards crafted by people who identify as transgender, genderqueer, intersex or nonconforming. Trans | Post is designed as a challenge for participants, who are anonymous, to express social commentary or simply signal their existence to the rest of the world.

But Curci's work, whether intentional or not, challenges what it means for art to be categorized as LGBT.

"One thing we talk about now is, ‘What defines queer art nowadays?’ And Linus is transgender, so obviously his art reflects his experience as a person, and what's important to me is when we showcase an LGBT artist, we acknowledge their full personhood," William Way Program Director R. Eric Thomas, who selected Curci alongside a committee, told PhillyVoice.

"[Linus's work] may not strike you as explicitly [LGBT], but it will, I hope, speak to a deeper human experience. And I think that’s what Linus's work does.”

As a collection of 10 digital illustrations, Curci's work takes Philadelphia's streetscape and distorts it in a way that's abstract and notably devoid of people. 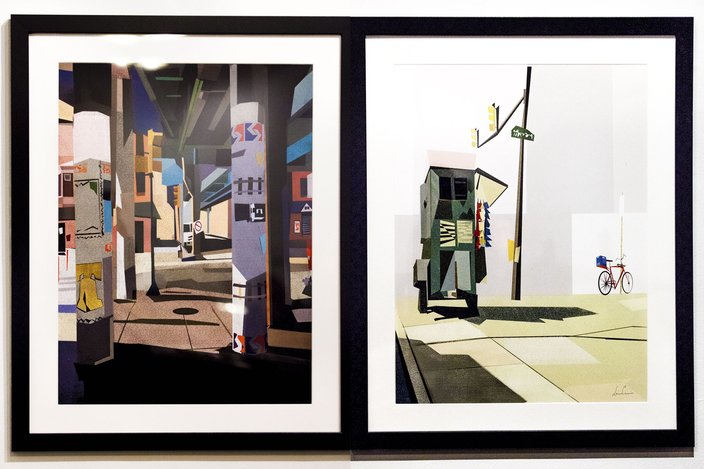 "Linus's work has this undercurrent of melancholy or urban loneliness, which is really compelling, actually," Thomas remarked. "It makes you want to investigate what this experience is a little bit more."

Curci said the inspiration for his work was twofold: the feeling of loneliness that comes with the experience of transitioning, as well as purely nostalgic moments he experiences in his citywide travels. It's those stop-you-in-your-tracks moments that usher in a memory and, in Curci's case, motivate him to whip out his iPhone for a reference shot. He then uses that photo to draw a sketch, scans it and uses Corel Painter and digital chalk to illustrate his pieces.

"They're a nostalgic response to reality with a conceptual under base," Curci explained. "So, these are things that I see and how I see them, and it's very introspective ... There’s always a specific moment in a day or month where it's, ‘I definitely remember that,’ but after that moment is gone, it gets mixed with your emotions, where you were -- your state of mind."

And if nothing else, he said, his pieces -- which encompass everywhere from Fishtown to the Gayborhood -- are relatable as thought-provoking representations of Philadelphia's immense and ever-changing landscape.

Curci's collection will be on display (for free) until Dec. 31. An opening reception for Trans | Post will be hosted at William Way on Thursday, Nov. 19 at 6 p.m.