The rally will take place Jan. 28 at the convention center and requires a ticket to attend 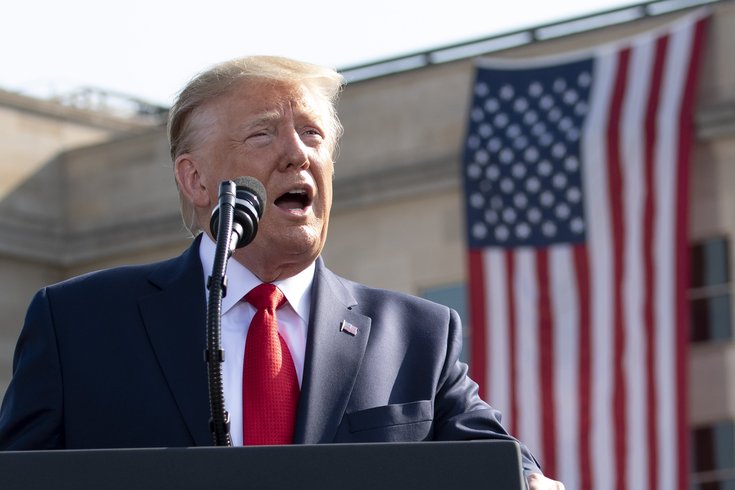 President Donald Trump is coming Wildwood on Jan. 28 for a 'Make America Great Again' campaign rally. He will be campaigning U.S. Rep. Jeff Van Drew's district, who recently switched to the Republican party.

Trump will host a “Make America Great Again” rally in Wildwood on Jan. 28, his campaign announced on Monday. The event will be held at 7 p.m. at the Wildwood Convention Center.

The location of the event falls within the congressional district of U.S. Rep. Jeff Van Drew, who recently switched his party affiliation to Republican. Van Drew is expected to attend.

Following a meeting with Trump in the Oval Office last month, Van Drew announced he was planning to leave the Democratic Party – a move, that many, including Gov. Phil Murphy, believe to be a campaign strategy.

The freshman congressman is up for re-election this year. As a Democrat, he would have faced a difficult primary against candidate Brigid Harrison, a political science professor from Montclair State University. Also, Ann Kennedy, wife of former Rhode Island Rep. Patrick Kennedy, on Monday announced her bid as a Democratic candidate in New Jersey's Second Congressional District.

This will be the president's fourth rally on 2020. Trump held his first campaign event of the year in Miami last week, launching "Evangelicals for Trump." That came after "Evangelical Today," a Christian publication operated by Rev. Billy Graham, called for Trump's removal after the impeachment hearings in December.

Two rallies will precede the president's New Jersey appearance, including a rally on Thursday in Toledo, Ohio, and another rally held in Milwaukee, Wisconsin, on Tuesday, Jan. 14.

More than half of New Jersey residents do not approve of the president. Data collected by Morning Consult shows that Trump held a 56% disapproval rating in December, a trend that stayed consistent throughout 2019.