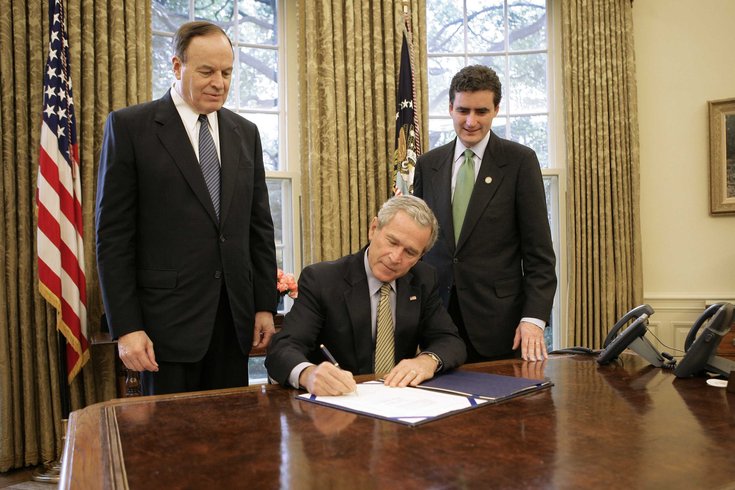 Former Republican U.S. Rep. Mike Fitzpatrick died Monday morning after a long battle with melanoma, his family announced. He was 56.

Fitzpatrick, of Levittown, Bucks County, served four terms in the U.S. House of Representatives representing the Eighth Congressional District of Pennsylvania before bowing out in 2016 to his brother, U.S. Rep. Brian Fitzpatrick. Prior to his service in Washington, D.C., Fitzpatrick served as Bucks County Commissioner from 1995 to 2005.

“Michael Fitzpatrick passed away peacefully this morning, surrounded by family, after a long and arduous battle with melanoma,” Fitzpatrick’s family said in a statement.

The former Eagle Scout first was elected to his House seat in 2005, before being defeated by Democrat Patrick Murphy after serving one term. In 2008, he decided to run for the Pennsylvania House, but dropped out when he was diagnosed with colorectal cancer. After overcoming that illness, Fitzpatrick ran for Congress again in 2010. He would be elected to three more terms from 2011 to 2016.

He was known as a bipartisan conservative who supported measures to protect the environment, as well as anti-abortion legislation. In 2018, Fitzpatrick was granted an honorary doctorate from Holy Family University for his pro-life advocacy.

“Congressman Fitzpatrick was both a loyal friend, valued law partner, and a trusted political adviser,” Republican Party of Pennsylvania Chairman Lawrence Tabas said in a statement. “He will be missed by sorely all who knew him.”

Fitzpatrick is survived by his wife and six children.