People already are lining up to see President Trump in Wildwood

Supporter are camping out ahead of Tuesday's event, hoping to be among the 10,000 who get inside the convention center 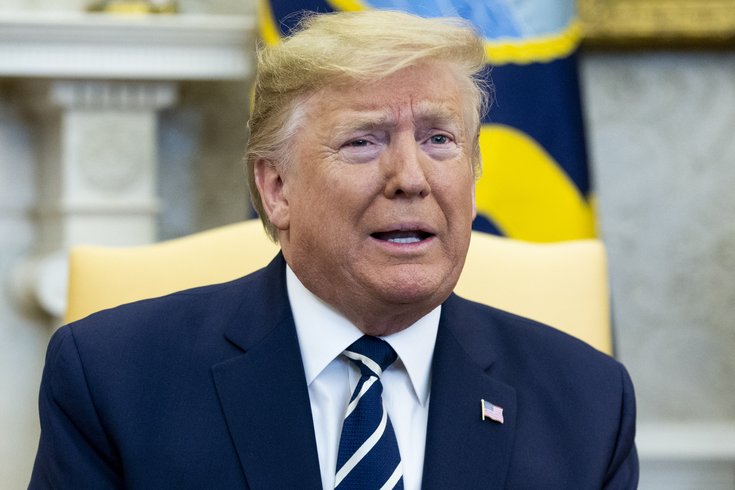 President Donald Trump visits Wildwood on Tuesday, Jan. 28, 2020, for a re-election campaign event at the convention center. The will be 10,000 supporters at the event but officials expect many more will show up in the Jersey Shore town.

It might be cold and cloudy outside, but supporters of President Donald Trump already have begun to arrive in Wildwood ahead of his campaign rally on Tuesday night.

People began showing up Sunday afternoon with sleeping bags and chairs to camp out, and as many as 50-100 people were lined up by late Monday morning about a block away from the Wildwood Convention Center on the boardwalk where the event will be held.

Passersby have brought the supporters coffee, donuts, and hot dogs, according to the Press of Atlantic City.

Trump's visit to the Jersey Shore town is the first-ever by a sitting president, Wildwood Mayor Pete Byron told News 12 New Jersey. And it’s led to the town having to heighten its security measures.

“We have a quarter million people on every given weekend,” Byron said to News 12. “We have a lot of events over the course of the summer where we bring in 30,000 people, so this is not unique. The difference is when having the president here, it brings a different dynamic security-wise.”

Alongside President Trump at the rally will be Wildwood’s congressman, U.S. Rep. Jeff Van Drew, who recently flipped parties from Democrat to Republican.

The convention center has a capacity for 10,000 spectators, according to the facility's website, and the Trump campaign's website states tickets are distributed to those who register on a first-come, first-serve basis.

It's expected the rally will be at full capacity. NBC Philadelphia reported that, according to Van Drew, approximately 100,000 tickets had been requested for the rally.

Because the event is first-come, first-serve, not everyone who has a ticket will be allowed in. An overflow area outside of the convention center is expected to be available for fans to watch Trump, Van Drew and other speakers, according to NJ.com. There will also be portable bathrooms, food, and merchandise vendors, too.

In addition to the Trump supporters, the president's visit is expected to attract demonstrators. At least one protest is being organized on Facebook by a coalition of groups called Cape May Indivisible, though it's not clear how many people were expected to attend.