The stash of sweets are tradition that began in 1965 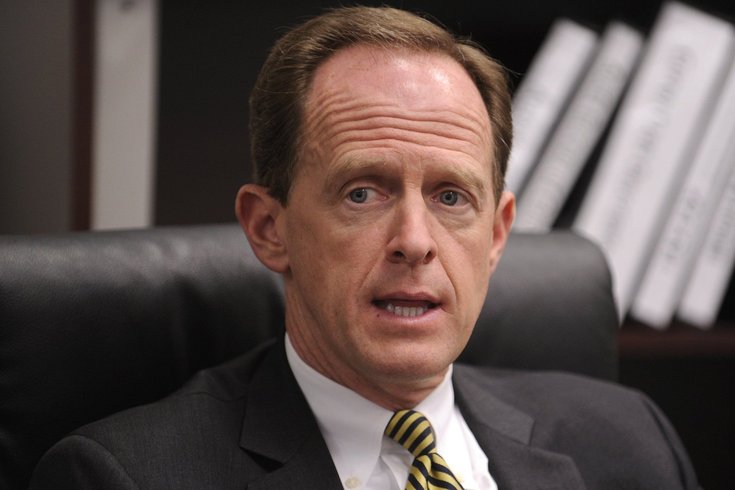 Sen. Pat Toomey oversees the Senate's 'candy desk' during the Senate impeachment trial of President Donald Trump. Pennsylvania's politicians are put in charge of the sweets because the state has the largest candy industry.

There are a lot of rules that U.S. senators have to follow during the ongoing impeachment trial of President Donald Trump. One of those rules deals with the food and drink allowed on the Senate floor during the proceedings.

Senators only are permitted to consume water, milk, and candy while listening to testimony at the trial. The candy can be found in the "candy desk," and the senator in charge of the candy inventory is Pennsylvania Republican Sen. Pat Toomey.

The desk, which Toomey has maintained since 2015, is located in the back row on the aisle on the Republican side of the Senate chamber.

The candy desk tradition began in 1965 with Sen. George Murphy, a Republican from California. Now, the responsibility of controlling the Senate's stash of sweets rotates among lawmakers from Pennsylvania, because the state has the country’s largest candy industry.

During the impeachment trial of former President Bill Clinton in 1999, former Pennsylvania GOP Sen. Rick Santorum was in charge of keeping the desk stocked.

“The candy desk is bipartisan,” said Steve Kelly, a spokesman for Toomey, to The New York Times. “It’s open to Republicans, Democrats and independents.”

The candy is donated by manufacturers and could be seen as a violation of the Senate chamber’s ethics rules on gifts to members. However, because the treats are a product of the senator’s home state and shared with all members of the chamber, it’s not a violation.

"My fellow Senators are going to need Pennsylvania's finest chocolates to make it through the many, many votes in the coming weeks," Toomey wrote on his website. "I hope they will set partisanship aside and join me at my desk for some candy."

Among the treats that can be found in the desk are Hershey bars with almonds, Rolo caramels, Milky Ways, 3 Musketeers bars, Palmer Peanut Butter Cups, and Goldenberg’s Peanut Chews. So, it sounds like each of the 100 senators should find a candy to satisfy his or her sweet tooth during the proceedings.

The impeachment trial of President Trump continues on Friday with opening arguments from the Democratic House managers.