Rise in cases of anaplasmosis, babesiosis may be due to warmer weather, says physician 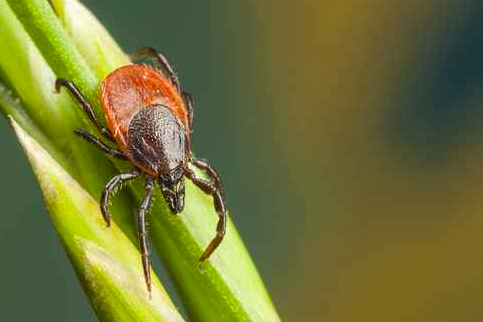 When most people think of the dangers posed by tick bites, Lyme disease is the first condition that comes to mind. The vector-borne illness, which generally peaks between May and September, is particularly concerning because early rash and flu-like symptoms are often misdiagnosed before the disease progresses into a chronic debilitating condition.

This year, New Jersey residents in Sussex County appear to be experiencing a rise in two lesser-known tick-borne diseases, anaplasmosis and babesiosis, in a trend that one physician says may be attributable to warmer temperatures lasting beyond the typical tick season, according to The New Jersey Herald.

Dr. Donald Allegra, an infectious disease specialist at Newton Medical Center, says the two conditions are starting to "newly emerge" as doctors in Sussex County report an uptick in diagnoses. The trend threatens to compound the already high prevalence of tick-borne diseases in New Jersey and Pennsylvania, both of which rank among the top five states in cases of Lyme disease over the past five years, according to the Centers for Disease Control and Prevention.

The two emerging cases are both difficult to diagnose, Allegra said. Anaplasmosis targets and damages organs in the body (heart, lungs, kidneys and nerves) without displaying any external rash where the tick bite occurred. One Stillwater resident, a 77-year-old man who fell ill after a tick bite while cleaning his lawn, developed a 104-degree fever within two weeks of the bite and went on to suffer kidney and liver failure. As his condition deteriorated, he lost the ability to recognize his family, dress himself, hold a cup, or even walk.

Ultimately, the patient spent nearly six months on intravenous medication in the hospital and had to undergo rehab to learn to walk again before he was cleared to finish his recovery at home.

Babesiosis, caused by a parasitic infection of the red blood cells, often results in malaria-like symptoms that leave victims weary and lead to the development of anemia.

Due to the mild fall and winter, Dr. Allegra believes an increase in outdoor recreation has exposed more people to bites from ticks, which are able to survive above-freezing temperatures. The risk is heightened by the ticks' ability to transmit co-infections derived from multiple hosts (anaplasmosis is carried by the black-legged ticks commonly associated with Lyme disease, for example).

If left untreated, anaplasmosis can prove fatal even in otherwise healthy individuals. The best treatment, according to Dr. Allegra, is intravenous doxycycline, an antibiotic used to treat a wide range of bacterial infections.

Between December 2013 and January 2015, the New Jersey Department of Health reported 69 cases of anaplasmosis and 171 cases of babesiosis. There were 2,589 diagnoses of Lyme disease in New Jersey in 2014, the most recent year for which statistics are available.

Learn about tips to prevent tick bites and infections here.