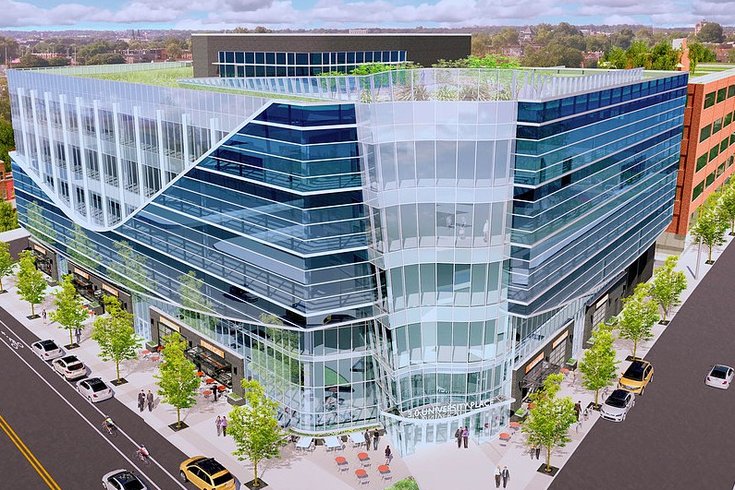 Plans for the building were first unveiled in 2015, after 2.0, situated on 41st and Powelton Streets, had already cemented its status as Philadelphia’s very first LEED Platinum pre-certified building. This new project, also designed for LEED Platinum status, will take over the site previously occupied by Pep Boys at 41st and Market Streets.

Developer Scott Mazo told the Philadelphia Business Journal that he hopes to break ground on the building by the end of 2018, likely in December. University Place Associates lists the completion date for 3.0 as 2019.

Among the building's plans to be ultra environmentally sound include transit-oriented features, such as dedicated bike lanes and proximity to public transportation; a green roof utilizing rainwater overflow; SEMCO chilled beams to cool the building; and a focus on water efficiency.

When completed, the five-story building will clock in at more than 180,000 square feet, including a ground floor of 32,000 square feet featuring food vendors, a gym, a senior center, and additional retail space.

The completion of 3.0 isn't the end, either. Though no further details are listed, the University Place Associates website lists plans for a 4.0 University Place building, currently in schematic design phase.