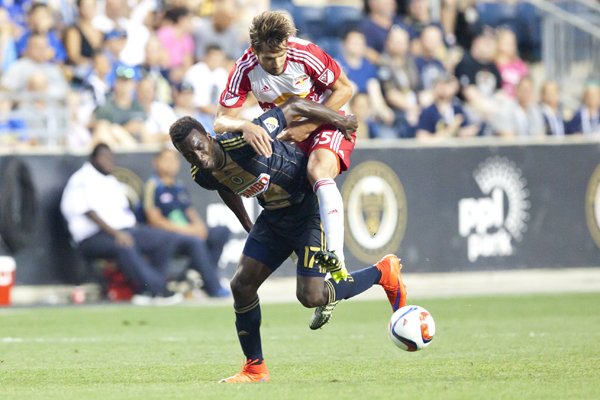 C.J. Sapong has been fouled 138 times in 65 Union appearances.

On Tuesday, Union head coach Jim Curtin claimed that C.J. Sapong "gets killed" during the course of a 90-minute soccer game.

Sapong tied a Union single game record when he suffered seven fouls in the 3-3 draw against Montreal last Saturday.

I'd actually argue that he broke the record, however, since there was one incident that wasn't recorded.

It happened on the opening goal, when Sapong pounced on a turnover and was fouled by Hassoun Camara as he squared the ball for Roland Alberg. To his credit, referee Nima Saghafi played advantage and the Union scored.

Here's a screen grab of the foul before the goal:

I asked Union PR about the play, and they checked with Opta, the MLS statistics provider. Per Opta, a foul that results in advantage played is not officially logged on the stat sheet.

For now, Sapong remains tied with Tranquillo Barnetta and Eric Ayuk for a franchise record that noboby really wants to hold.

Here are the seven other times he was fouled on Saturday.

A little high and low action here from Laurent Ciman, who catches Sapong with a leg before grabbing his neck and twisting him to the ground.

Camara didn't think this was a foul, but when your leg is above the attacker's head, I think you're probably going to hear a whistle. 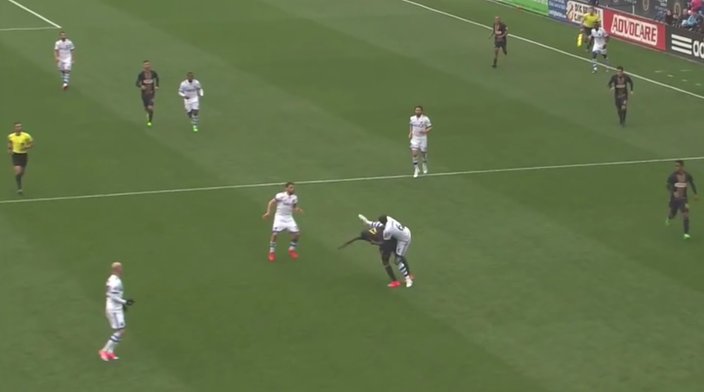 3. Chopped down by Donadel

The Italian midfielder is good for two or three fouls per game.

4. Two legs for an ankle trap

If you don't foul on the first attempt, make sure you get the player on the second attempt.

I'm not sure how they ended up in this position, but it's a foul.

6. Sticking out a leg

No caution for persistent infringement. 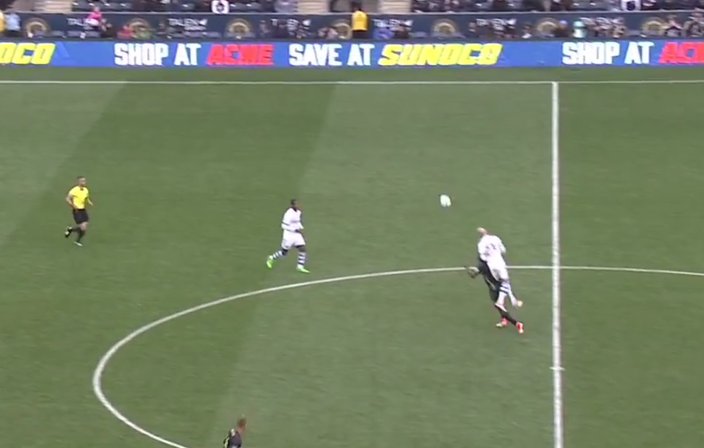 For context, Sapong has suffered 15 fouls in 481 minutes of play. That's one foul per 32 minutes. Dom Dwyer is the most fouled forward with 26 suffered over 630 total minutes.

In 2016, Sapong finished 6th in the league with 71 fouls suffered in 2,535 minutes. Only Dwyer and David Villa finished with more, and they both played about 300 more minutes overall.

The most telling thing, in my mind, is the salary discrepancy regarding fouls suffered.

Last year, 17 of the 20 most fouled players in league made more than $250,000. Sapong was among the three who earned below that threshold. The others were Alberto Quintero and Patrick Nyarko, wingers for San Jose and D.C. United.

There's probably something to be said for big money players getting preferential treatment. I don't think anyone disputes the idea that Jozy Altidore is getting more calls than Sapong.