Police will issue $50 citations for people caught with less than an ounce of pot, instead of filing misdemeanor charges 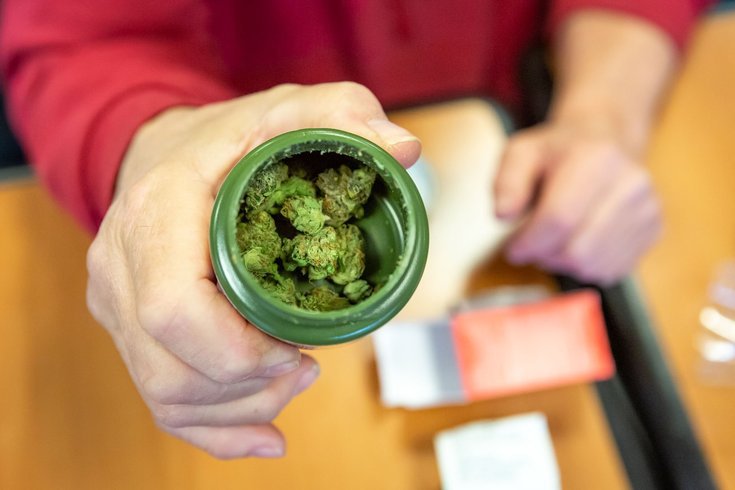 Upper Merion Police will no longer bring misdemeanor charges against people who possess small amounts of marijuana. They will instead be issued a $50 citation either at the scene or by mail.

Possession of small amounts of marijuana in Upper Merion will now be addressed with a non-traffic citation, a summary offense that will eliminate misdemeanor charges which produce a record for the offender and tie up the court system.

The Upper Merion Board of Supervisors approved the ordinance change on Thursday night, with support from the Upper Merion Police Department. The less severe offense will be applied to anyone found in possession of 30 grams – the equivalent of about 1 ounce – or less.

Previously, the only option at the disposal of police was to charge those who possess small amounts of marijuana with a misdemeanor offense. The new ordinance will result in a $50 fine, the King of Prussia Courier reported.

"This ordinance is another tool for the Upper Merion police officers to use when dealing with possession with minor amounts of marijuana or marijuana paraphernalia," Police Chief Tom Nolan said. "It does not decriminalize marijuana. It provides a mechanism for the police officers to process the minor, nonviolent offense of personal possession."

The citation tickets will either be issued at the scene or mailed out, officials said.

For juveniles, police will contact parents to provide information on education or treatment.

Upper Merion's shift also comes as Pennsylvania lawmakers and the Wolf administration make a case for recreational marijuana legalization. Neighboring states New Jersey and New York both legalized marijuana this year and are in the process getting their dispensaries and regulatory system up and running.

A bipartisan bill introduced earlier this year by state Sens. Sharif Street, D-Philadelphia, and Dan Laughlin, R-Erie, lays out a framework for marijuana legalization and decriminalization.