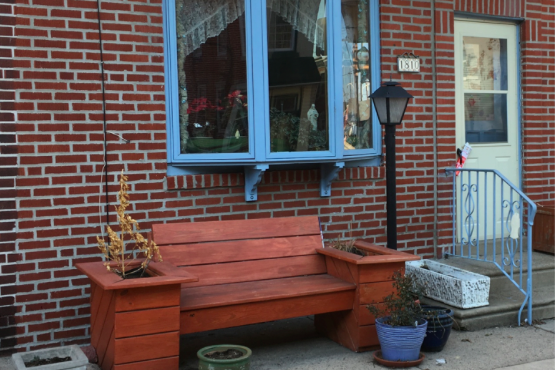 Bill sponsored by Philadelphia City Councilwoman Jannie Blackwell would require a permit from the Department of Licenses and Inspections to place certain decorative items on public sidewalks.

Philadelphia residents and businesses have been called upon to take action against a City Council bill that would start requiring a permit to place items including potted plants, benches and other fixtures on public sidewalks.

Entitled "Sidewalk Behavior," Bill No. 170087 seeks an amendment to the Philadelphia Code that would effectively give City Council and the Department of Licenses and Inspections broader discretion over who can place decorative items on public sidewalks. A portion of the bill excerpted by 5th Square indicates that placement of the items in question would require written approval from the councilmember in each respective district.

“No person shall… place or maintain any bench, planter, fixture or other street furniture on the public sidewalk without a permit from the Department of Licenses and Inspections. Before any such permit is issued the Department shall obtain a letter of support from the District Council person representing the area of the city where the bench, planter, fixture or street furniture will be located.”

"This is a totally unacceptable power grab from residents and businesses, which would put City Councilmembers in the absurd position of acting as gatekeepers for people's sidewalk plants," 5th Square said in its petition. "The City already has laws on the books to ensure passable sidewalks for pedestrians and those who use wheelchairs, so it's not clear what Councilmember Blackwell’s goal is, other than appointing herself the home decor czar. Council has bigger fish to fry than to micromanage everyone's street decorations, or at least they should."

In response to the petition, which had collected more than 1,200 signatures by Monday night, Blackwell told the Inquirer that the bill was misconstrued and has been withdrawn indefinitely. She suggested the intent was never to target Philadelphia residents but rather to address commercial encroachments encountered by street vendors.

The PAC emphasized that Blackwell's bill is "especially disappointing" since her own district in West Philadelphia is among the city's leaders in public seating innovation.