She was taken to Reading Hospital, and the copperhead was removed from the house 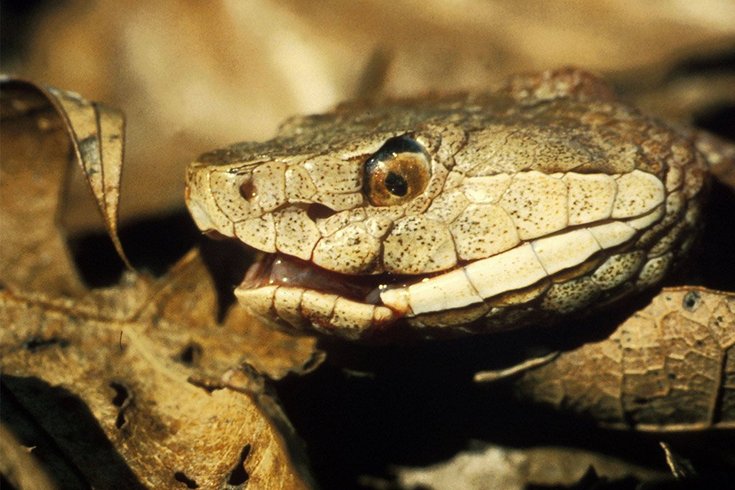 The copperhead snake, pictured here, is a venomous snake, but isn't as dangerous as a rattlesnake. A woman in Berks County was doing laundry in her basement Tuesday morning when she was bitten on the arm by a copperhead.

A woman in Berks County was bitten by a venomous snake Tuesday morning while she was just trying to take care of a few chores.

The woman had been on her way to her basement to do laundry just before 8 a.m. when she was bitten on the arm by a copperhead, which she initially believed to be a rattlesnake when she called 911.

The snake, which measured roughly two feet long, had been resting on a shelf near the woman's washing machine, according to the Reading Eagle.

The woman was treated by paramedics at the scene, and then was transported to nearby Reading Hospital for further treatment. Her condition wasn't immediately made available.

Here's a quick explainer on copperhead snakes, one of just three species of venomous snake commonly found in Pennsylvania, per National Geographic:

The copperhead's venom is "relatively weak and rarely fatal" compared to the rattlesnake, according to National Geographic.