Two members of the iconic Philly trio will perform alongside other 90s groups on Monday, Dec. 6. at 8 p.m. ET 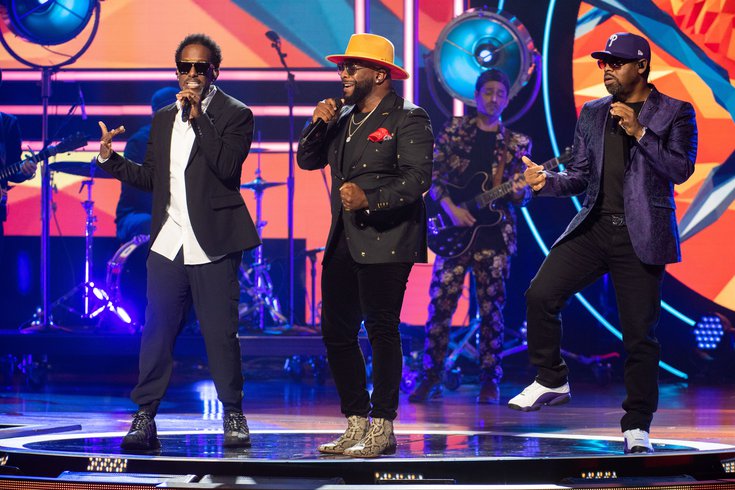 Following a boy band collaboration performance between New Kids on the Block and New Edition at November's American Music Awards, Philly-based R&B group Boyz II Men is being featured on "A Very Boy Band Holiday", a special premiering on ABC on Monday, Dec. 6.

Both Wanya Morris and Shawn Stockman will join a collection of boy band members from the 90s to perform a collection of hits, holiday classics, and some special performances that include an all-new song "A Very Boy Band Holiday" with Morris and *NSYNC's Joey Fatone.

Deadline reports that there will also be some "unnamed, special guests" at the show, which starts at 8 p.m. ET on Monday. The holiday special will be available to stream on Hulu the next day.

Members of Boyz II Men and *NSYNC previously performed together on Nov. 28 during "The Wonderful World of Walt Disney: Magical Holiday Celebration" which is currently available to stream on Hulu.

The Philly-based performers will also join country singer Brett Young on Dec. 8 for "CMT Crossroads Christmas: Brett Young & Friends", where the trio will perform a rendition of "This Christmas" alongside Young. They previously collaborated in 2019 for an episode of "CMT Crossroads" in 2019, where they performed Boyz II Men hits like "Motown Philly" and "End of the Road" alongside Young's hits.

"Boyz II Men was so present and prevalent in my life when I started writing songs," he told CMT.com at the time. He noted that their vocal abilities "pushed me as a singer before I even knew it was doing that."