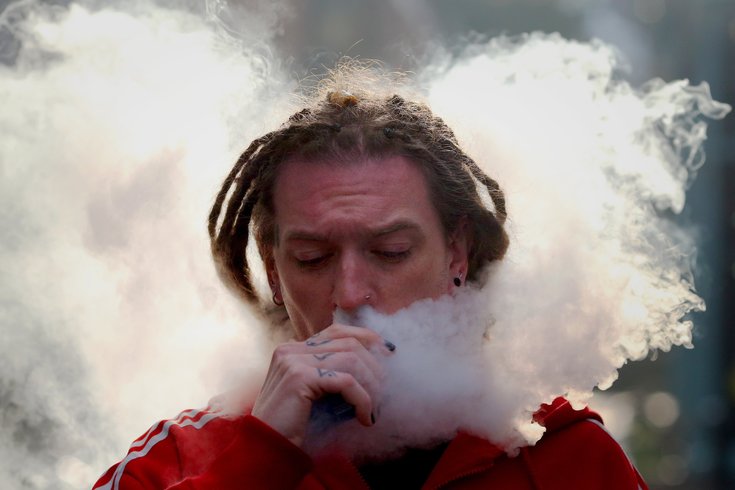 A number of major broadcast companies have pulled advertisements from e-cigarette makers amidst concerns about a vaping-related lung disease, and they say they will not be accepting new ads.

CBS, Viacom, and WarnerMedia all confirmed this week that they have banned commercials for e-cigarette companies, including Juul.

Walmart also announced Friday it will stop selling e-cigarettes, just weeks after the mega-retailer announced it would stop selling handgun and short-barrel rifle ammunition after shootings at Walmart stores this year.

"(Walmart), based in Bentonville, Arkansas, said that it will complete its exit from e-cigarettes after selling through its current inventory.

"The move is due to 'growing federal, state and local regulatory complexity' regarding vaping products, the company said in a statement."

Viacom gave this statement to The Verge regarding its decision:

"After reviewing the recent reports regarding the potentially serious health threats posed by e-cigarettes, Viacom has revised its policies regarding e-cigarette advertising, and will no longer air ads in this category effective immediately."

WarnerMedia told CNBC this week that it took warnings from the Center for Disease Control and the American Lung Association into consideration when making its decision.

"Our company has revised its policies regarding e-cigarette advertising, and will no longer accept advertising for this category," a WarnerMedia spokesperson said. "We will continue to monitor the investigations by relevant medical agencies and may re-evaluate our position as new facts come to light."

CBS also confirmed to NPR on Thursday that the network would not be taking new advertisements from e-cigarette makers.

The news comes in the wake of a new criminal investigation from the U.S. Food & Drug Administration into the sources of dangerous e-cigarette products. More than 530 vaping-related cases of severe lung diseases have been reported across the country, including eight deaths.

According to data from the CDC, roughly two-thirds of the reported vaping-related illnesses affected patients between the ages of 18-34, and 16% of cases are under 18 years old.