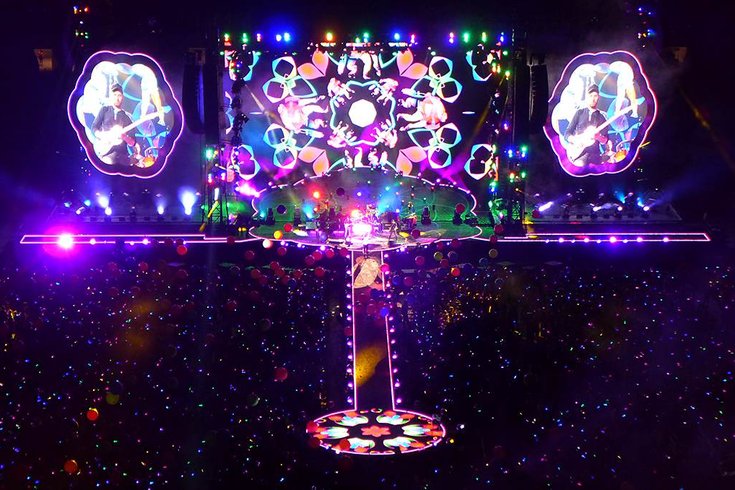 Despite some who desire the return of Coldplay's "Viva La Vida" days, the band drew tens of thousands of fans to Lincoln Financial Field on Saturday for its "A Head Full of Dreams" tour.

During an acoustic part of the set, lead singer Chris Martin performed "Streets of Philadelphia," originally written and recorded by New Jersey-native Bruce Springsteen for the soundtrack of the 1994 film, "Philadelphia," starring Tom Hanks and Denzel Washington.

In the video, it’s evident the song did not immediately register with the younger crowd until Martin sang the word “Philadelphia,” but even then, it could have been just the word and not recognition of the Oscar-winning ballad.

The performance comes after Martin gave a spot on impression of Springsteen during a February appearance on "The Late Late Show with James Corden" during the popular "Carpool Karaoke" segment.