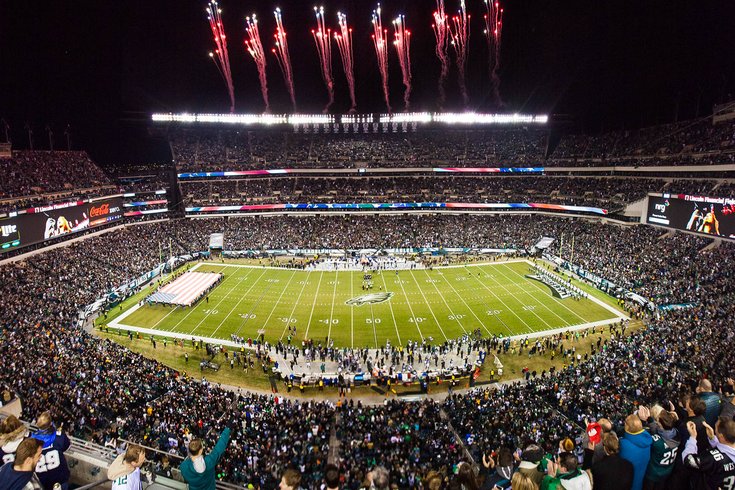 The Eagles may have finished the 2015-16 season with a 7-9 record. They fired their coach, hired a relative unknown in Doug Pederson, and reinstated Howie Roseman as GM.

Even in the last week, they traded their starting quarterback (Sam Bradford) in favor of the rookie (Carson Wentz) they moved up to get in this year's draft. Odds are, they're going to struggle to get to .500 this year as both quarterback and coach get their footing and begin to adjust to life in their new positions.

But right now, on the day the 2016 NFL season officially kicks off with a Super Bowl rematch between the Broncos and Panthers, none of that matters. They have the same record as everyone else. And despite the fact that the Eagles are 100-1 long shots to win their first title since 1960, fans should enjoy these few days leading up to the season. It's the last few days when anything is possible and perhaps reality hasn't quite set in just yet.

With that in mind, the Eagles released their first hype video of the 2016 season, and it features some familiar faces, like Villanova basketball coach Jay Wright, the St. Joe's Prep football team and .... wait, is that Miles Austin? Personally, I preferred last year's version, which was narrated by Brian Dawkins, but you can judge for yourself.

It also includes a lying Jeffrey Lurie -- he doesn't actually want you to text him with advice -- and what appears to be a not-so-veiled shot at Chip Kelly. Don't worry, we haven't totally forgotten about you just yet...

"Yeah, you should be able to audible."

After that, I was half expecting it to end by saying "A Howie Roseman Joint."

The Eagles open the season on Sunday when they host Robert Griffin III and the Cleveland Browns at the Linc.