He shared a few on video, but we found some more 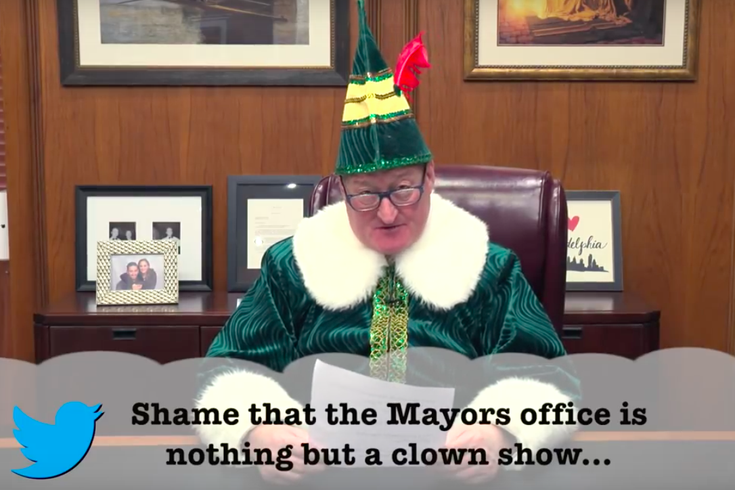 People reading "mean tweets" written to, or about, them is now a thing that happens regularly.

Locally, Mayor Jim Kenney did so in August 2016 to commemorate his 58th birthday. He did so again sometime before the holiday weekend since a YouTube video went live on New Year’s Eve.

The one-minute, 35-second clip is described thusly: Kenney “celebrates the end of 2017 by checking out what Philly twitter has to say during this City of Philadelphia version of Jimmy Kimmel’s ‘Mean Tweets.’”

That Kenney is a “dope.”

That he is a “slim ball form” (sic) Philadelphia.

You can watch it below:

That was good, right?

Well, I don't think those 95 seconds give a clear-enough view of the insults spat in Kenney’s direction. So, I went ahead and found five more. God bless!

@PhillyMayor Yo KENNY!! UR AN ASSHOLE!! YOU CONTINUE TO DIVIDE THE COUNTRY! LOOK IN THE MIRROR! DISGRACEFUL!!!!!!

@PhillyMayor FRANK RIZZO IS ROLLING OVER IN HIS GRAVE THAT WE HAVE AN UNHINGED FASCIST. SNOWFLAKE AS MAYOR

This douche mayor, who will not be reelected, if just another progressive socialist idiot.