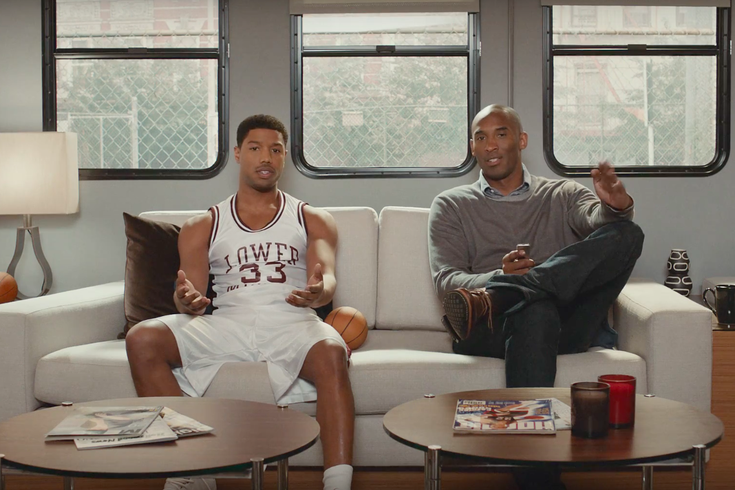 Michael B. Jordan and Kobe Bryant discuss which version of the former Lower Merion star Jordan should channel for his upcoming role.

The Kobe vs. Jordan debate took an unsuspecting turn over the weekend when the Lakers star appeared in a new Apple TV commercial with Jordan -- not the Hall of Fame basketball player, but actor Michael B. Jordan.

While wearing a Lower Merion jersey, Jordan and Bryant discuss the Creed star's new -- and entirely fictional -- role in an upcoming bio-pic about Bryant. And there's even a comparison between the aging All Star and a certain Brad Pitt character known for being old...

Yeah, I'd probably watch that movie.