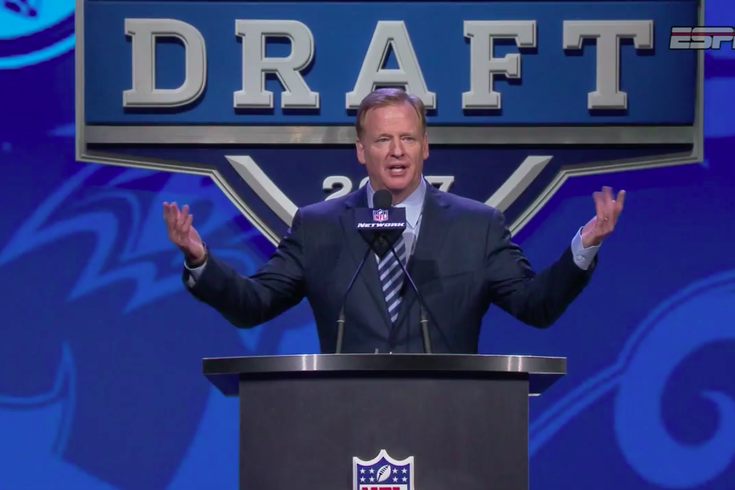 Ask ... and you shall receive, Roger.

One of the great NFL Draft traditions has become fans – no matter where the event is being held – booing the living hell out of Roger Goodell whenever he steps to the stage. They did it in New York. They did it in Chicago.

And you better believe they did it in Philly.

Goodell knew it was coming, as was evident by him egging on the fans at the beginning. Perhaps he should've been careful what he wished for.

I had the chance to catch up with SportsCenter anchor (and Phoenixville native) Kevin Negandhi last week prior to him returning home for the draft and asked him what he thought the reception would be for Goodell.

"I don’t know. I don’t know how Philadelphia feels about him," he said with a laugh. "I think [the booing] is kind of cliche, because we’re not doing it in Boston. I think you’re going to hear it, but I don’t think it’s going to be like, ‘Oh, they booed Goodell!’ I mean, he heard it in Chicago too.

"When booing is common in every city, it’s hard to measure what it’s going to be like in Philly. Because when we boo, we genuinely boo. If it’s going to be just a couple different people, then alright. ... But when we passionately boo somebody – a guy like Bryce Harper or when Kobe used to come back to town, or how we treat the Cowboys and Romo when he came to town – those are the boos that are just like, ‘Yes. Alright. That’s us!’"

That sounded pretty genuine to me.