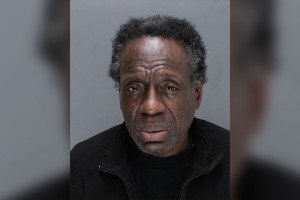 Police said Ronald Graham, who also goes by the name "Roland," is wanted for his alleged involvement in a shooting that injured a North Philly Church's Chicken employee over the weekend.

Philadelphia police have released the name of the man wanted for allegedly shooting an employee inside a North Philly Church's Chicken over the weekend.

On Tuesday, police identified the suspect in this incident as Ronald Graham. He also used the first name Roland, police said.

WATCH video of Graham at the restaurant here:

According to police, the shooting occurred just before 5:26 p.m. on March 6 at the restaurant on the 3600 block of N. Broad St. It followed the man, now identified as Graham, and an employee getting into an argument about the employee cleaning tables too close to where the suspect was seated.

Graham left the restaurant after the argument before returning with a gun and firing three times, police said. The shots stuck a 19-year-old Church's Chicken employee in the chest. The injured teen was the brother of the 21-year-old employee who had gotten into the argument with Graham.

Graham was wearing a black fedora, glasses, black trench coat and black pants at the time of the incident.

The injured employee was transported to Temple University Hospital, where police said he is currently listed in stable condition.