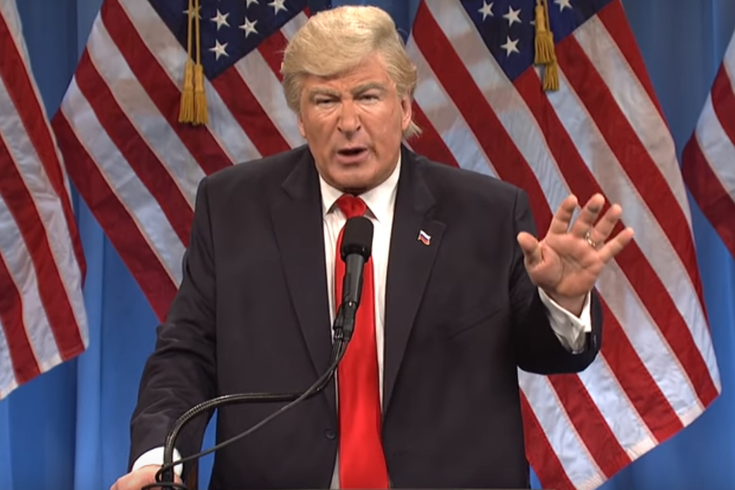 Donald Trump finally found an opportunity this week to hold a press conference for the first time since the election. Unfortunately for Trump, the appearance coincided with the return of 'Saturday Night Live' from its holiday hiatus.

The show wasted no time and offered a "rebroadcast" of Wednesday's combative press conference in the cold open. As usual this season, Alec Baldwin portrayed the president-elect, wearing a Russian flag pin.


Unsurprisingly, the topic quickly turned when reporters asked about the unsubstantiated report that Russia has compromising information about Trump.

Baldwin's Trump wouldn't discuss the matter only saying, "It didn't happen, and it wasn't as cool as it sounds."

On the other hand, Baldwin's Trump was happy to talk about health care. After failing to convince a reporter that Obamacare and the Affordable Care Act were not the same, he urged Americans not to worry about insurance.

“Listen, sweetheart, I’m about to be president, we’re all going to die. Next question." Baldwin's Trump grimly stated.