See Olympic careers be made in University City 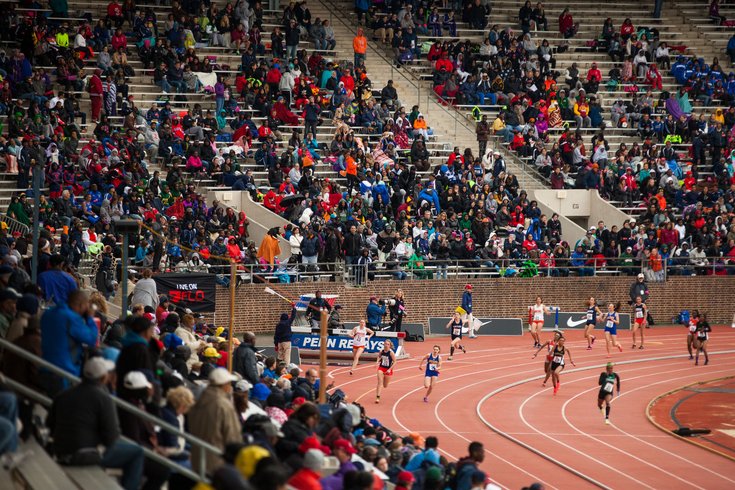 The nation's largest and oldest track and field meet, the Penn Relays, kicked off Thursday, April 23, 2015 at the University of Pennsylvania's Franklin Field in it's 121st running.

The University of Pennsylvania's Franklin Field, which is the oldest two-tired stadium in the country, will host the 122nd Penn Relays Carnival beginning April 28. Franklin Field can seat approximately 50,000 spectators, which is good since the Penn Relays annually draw massive crowds over the three-day carnival.

One of the most exciting parts of watching the races is seeing new records set, at all levels.

On the last day of the Penn Relays Carnival, USA vs. The World compete in the 4 x 100, 4 x 200 and 4 x 400 relay. In recent years, track stars such as Usain Bolt, Justin Gatlin and Asafa Powell have competed, although appearances by professional athletes aren't announced until race day.

Throughout the three days, street vendors will sell merchandise, fan gear and food in and around the field. Sponsors will host giveaways and games.

Attendees can choose from a range of ticket options, including three-day event packages, general admission seating or reserved seating.