Good Samaritans rush to the rescue 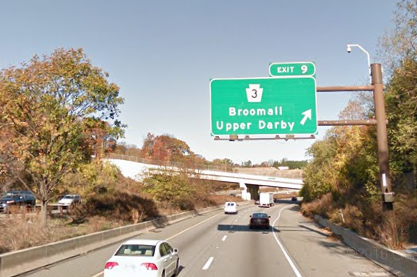 A tractor trailer overturned near the Broomall exit on I-476 on Tuesday.

A tractor trailer overturned while traveling northbound Tuesday on I-476 in Delaware County – a scary moment that another driver captured on video.

Victor Alarcon began filming the tractor trailer when he noticed the vehicle driving in an unusual manner, he told 6ABC.com. Several minutes later, the 18-wheeler flipped on a curve near the Broomall exit on the Blue Route.

Alarcon, his father and another man hurried to check on the driver. They found him unresponsive. First responders pulled the driver out of the vehicle, he said.

Pennsylvania state police transported the driver to the hospital with non-life-threatening injuries, according to 6ABC.com. Police are still investigating.

Alarcon captured the crash and the initial rescue response on video.

"I didn't smell any alcohol or see any alcohol bottles in the cabin," Alarcon told the news station. "So, I believe he probably fell asleep, tiredness. It was probably a long drive."

The accident backed up the Blue Route throughout the afternoon.