The building's much-anticipated implosion is scheduled for 9 a.m. on Feb. 17 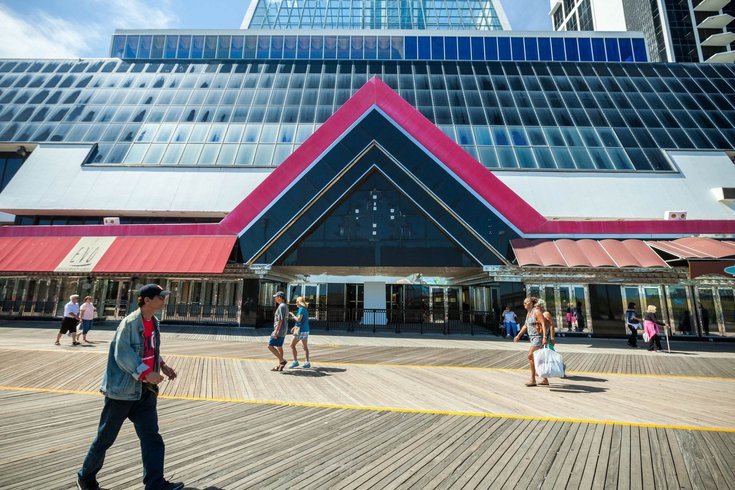 For $299, Caesars Atlantic City is offering rooms with a prime view of the planned demolition of Trump Plaza Hotel & Casino at 9 a.m. on Feb. 17. The package includes champagne and a late checkout on the day of the event.

With the implosion of Trump Plaza drawing near in Atlantic City next Wednesday, surrounding hotels having been pumping up their viewing locations for the momentous fall of the 39-story hotel and casino.

Caesars Atlantic City, located directly across from Trump Plaza, is now advertising a "Stay and View Package" complete with champagne and a late 1 p.m. checkout on the day of the implosion, scheduled for 9 a.m. on Feb. 17.

"With Caesars being the closest property to the actual demolition site, guests will have an exclusive front-row view to witness this historic Atlantic City moment and celebrate a new era to the beloved region," the hotel said.

The $299 package at Caesars is valid for stays now through Feb. 17.

The deal comes after a charity auction for VIP viewing raised more than $16,000 for the local Boys & Girls Club chapter in Atlantic City. The Hard Rock Hotel & Casino, which included five of its Atlantic City rooms in the packages, contributed $10,000.

Another auction that would have awarded someone the opportunity to press the detonation button was called off last month due to a legal dispute. Trump Plaza's owner, Icahn Enterprises, declined to facilitate the auction due to safety concerns and issued a cease and desist order. Carl Icahn pledged $175,000 to the Boys & Girls Club in lieu of the auction.

Those hoping to view the implosion from afar can do so from Bader Field, the former home of Atlantic City's airport. The field will be open for people to watch from a safe distance as Trump Plaza. Gates will open at 7 a.m. and attendees will have to pay $10 for parking.

The Trump Plaza Hotel and Casino opened in 1984 and had been under shared ownership with Harrah's for several years before Trump Enterainment Resorts took full control. The facility closed in 2014 amid a spate of casino closures along the Atlantic City Boardwalk, including the Revel, Atlantic Club and Showboat.

In the seven years since its closure, the once-lively building has deteriorated.

Demolition plans were expedited last year when debris flew off the property during heavy winds. It was declared a public health hazard.

The impact zone of the Trump Plaza implosion will cover several blocks, requiring a zone of exclusion from Georgia Avenue to Arkansas Avenue along the boardwalk and beaches.

Atlantic City Mayor Marty Small said Wednesday he expects the cleanup from the demolition to be completed by May, and hopes that something family-friendly will eventually go up in place of the former casino.

"We're extremely excited," Small said in advance of the demolition.