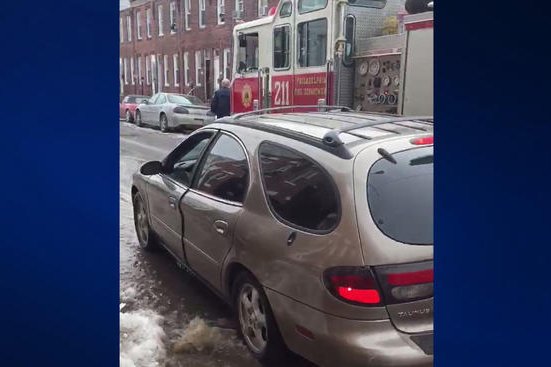 Water spills on to the road in Port Richmond after a main break Saturday morning.

Read More
An 8-inch water main that broke in Port Richmond on Saturday has been repaired and service restored to about 100 homes, NBC 10 reports.

The break occurred at 9 a.m. Saturday morning along the 3000 block of Tulip Street, between Ann and Clearfiled streets. Authorities forced 27 residents to evacuate and 10 homes were damaged as water spilled in to nearby properties.

Service was restored at approximately 5:30 p.m after officials with the American Red Cross were initially sent to provide assistance.  A SEPTA bus was also brought to the scene earlier Saturday to offer shelter to those who were displaced.