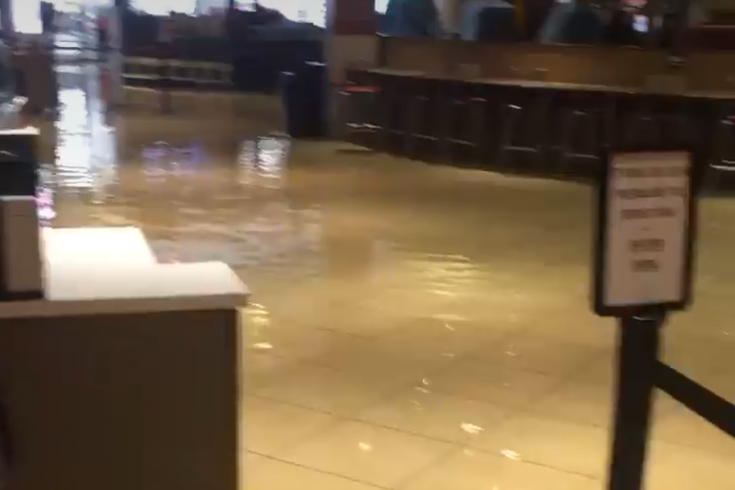 In a video posted to Facebook, the King of Prussia mall was experiencing flooding on Monday after heavy morning showers.

The King of Prussia Mall is reportedly experiencing some flooding on Monday after heavy rains soaked southeastern Pennsylvania.

The food court is apparently bearing the brunt of the flood. In a video posted on Facebook, you can see the water covering the food court floor, up to about an inch or so high.

A spokesperson for the mall said as of 12:25 p.m., the mall was open and that only about 15 percent of the stores were affected by the flooding, which was isolated to the one area in the "lower level plaza area."

Management is encouraging customers to call the mall if they are interested finding out if a specific store is open.

"We are actively engaged in the situation," the spokesperson said. "More information will be released when it becomes available."

The spokesperson could not comment on other details of the flooding or plans for clean-up.

The National Weather Service issued a flash flood warning around noon in southeastern Pennsylvania. Numerous road closures went into effect in portions of Chester, Delaware, Montgomery and Berks countings, including King of Prussia.

The showers and thunderstorms forced the closure of numerous area roadways.