Weekend temperatures will continue to be low 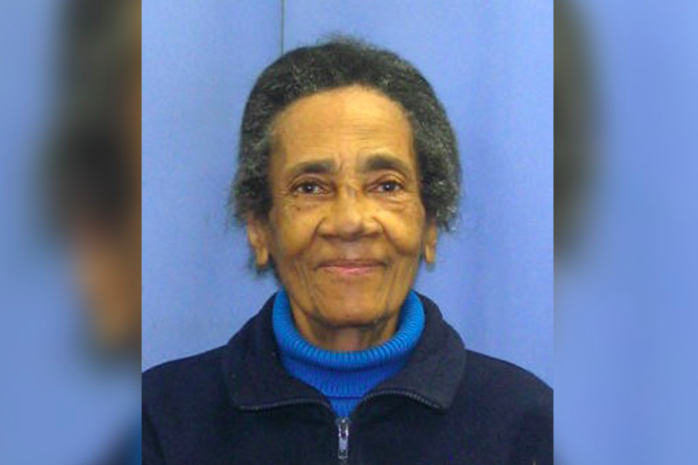 Mildred Rhem is the latest victim of arctic weather.

An 80-year-old woman who was missing for two days was found dead Friday, raising the Philadelphia area's weather-related death toll to six.

Mildred Rhem went missing from her Overbrook home on Wednesday. Police found her and say extreme cold contributed to her death, Fox 29 reported.

Police officials say all of the victims in the last few weeks have been elderly. Among those who died was a 73-year-old Montgomery County man who was guarding his frigid home after pipes had burst. The temperature in the house was 23 degrees, officials said.

Friday, the temperature was 2 degrees at Philadelphia International Airport, one degree off the record low recorded on this date in 1979.

But while Philadelphia missed breaking its cold weather record for Friday morning by one degree, other communities set new ones or were close: Wilmington, Del. was 2 above zero, breaking its 1978 record of 5 above zero; Trenton was zero degrees breaking the 1936 record of 6 degrees.

Montgomery and Camden counties declared a Code Blue to alert residents when winter conditions pose a threat of serious harm or death to individuals without shelter.

“We are experiencing historic low temperatures. Wind chill readings in the negative numbers will be in place over the next 48 hours. We need everyone to be sheltered and out of the elements during this severe weather,” said Carmen Rodriguez, Camden County freeholder.

Saturday could reach a record low near midnight before temperatures start to moderate ahead of the next arctic cold front. Snow is possible Saturday afternoon and evening before changing to rain. Some sleet and freezing rain may mix in – briefly. Light snow accumulation is expected. 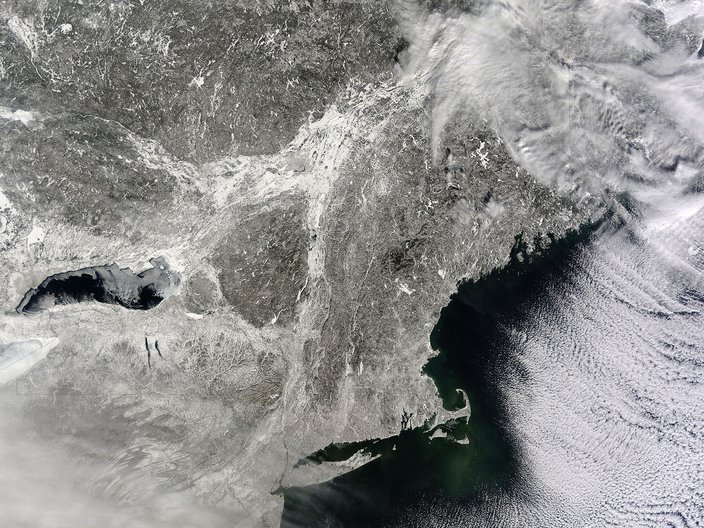 The snow-covered northeastern states are seen Feb. 16, 2015, from the Moderate Resolution Imaging Spectroradiometer on NASA’s Terra satellite. Cloud streets over the Atlantic Ocean hint at the potent winds blowing across the East Coast from the Canadian interior. (Earth Observatory/NASA)

It has been cold enough in New York this week to bring the roaring Niagara Falls to a halt, as parts of the waterfall trio on the Canadian border froze over, leaving long spears of ice cascading down from the falls' edges and glacier-like mounds rising up from their plunge pools.

Cabin fever appears to have taken hold in Boston, which broke its own record this week for the snowiest February in the city's history. Residents in Boston, which has had more than 8 feet of snow this winter, are using the social media hashtag #BostonBlizzardChallenge to share videos of themselves - wearing only swimsuits - diving into snow banks.

Boston Mayor Marty Walsh was not amused by the high dives taken from porches, car roofs, stairs and even second-story windows.

"It's a foolish thing to do and you could kill yourself," Walsh told reporters.