Here's who Eagles fans should be pulling for in Week 16 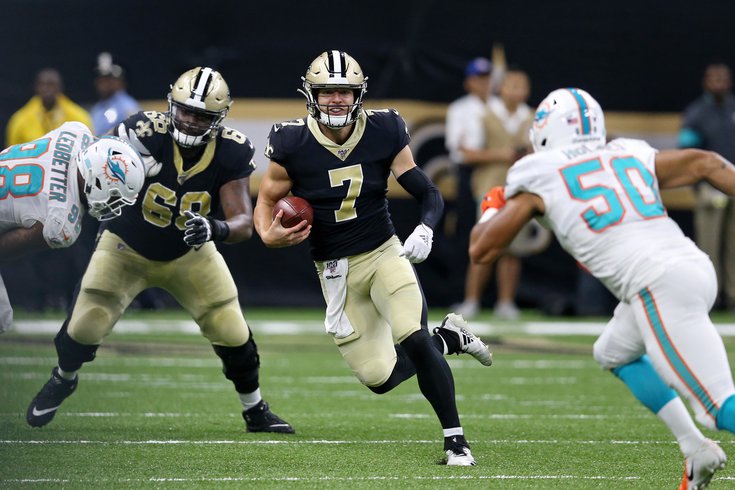 Saints-Dolphins is an interesting matchup that pits Eagles playoff odds vs. draft positioning.

And so, each week we'll lay out a rooting guide for non-Eagles games on the NFL schedule, and yes, I'm aware that most of the below is obvious. You can also check out the latest Week 16 odds and read all my picks, here.

• To begin, the Eagles were helped on two fronts on Thursday night, when the Titans beat the 49ers:

It's ideal if the Rams beat the Vikings. That game is clear.

However, there's room for debate on the Monday night matchup between the Saints and Dolphins, where playoff odds and draft positioning collide. (As you're aware, the Eagles own Miami's first-round pick.)

A Dolphins win would help the Eagles' playoff odds, but a Saints win would end Miami's six-game winning streak, and all but eliminate them from playoff contention.

Out of curiosity, I polled Eagles fans on Twitter on their preference:

My personal feeling is that if the Eagles can't win out, they maybe don't deserve to make the playoffs. Since they hold a head-to-head tiebreaker over the Saints, they shouldn't need to worry about what they do the rest of the way. So I say root for the Saints, but your view may vary.

As you're aware (and as noted above), the Eagles own first round picks from the Dolphins and (now almost certainly) the Colts in the 2022 NFL Draft.

After a win over the Patriots Week 15, the Colts put themselves in excellent position to at least earn a wildcard. Let's look at the AFC wildcard race:

The Eagles obviously want the Colts to lose to the Cardinals.

Otherwise, see all those teams with 7 or 8 wins? The Eagles want all those teams (the Dolphins aside, generally speaking) to win. The obvious, clear-cut rooting interest games:

Fivethirtyeight.com seems to think that Bengals and Bills wins over the Ravens and Patriots, respectively, are better for decreasing the Colts' playoff hopes, so let's just trust them there.

• Football Team at Cowboys: The Cowboys currently hold the 2 seed in the NFC. Should they earn the 1 seed, their chances of winning the Super Bowl will skyrocket. Nobody wants that.

• Buccaneers at Panthers: Yes, Tom Brady is contemptible, but the Bucs winning another Super Bowl is better than the Cowboys winning one.

• Bears at Seahawks: The Giants own the Bears' first-round pick.

The "Who cares?" department