Week in Review: Soda gets taxed, skin gets printed, steam gets exploded, etc. 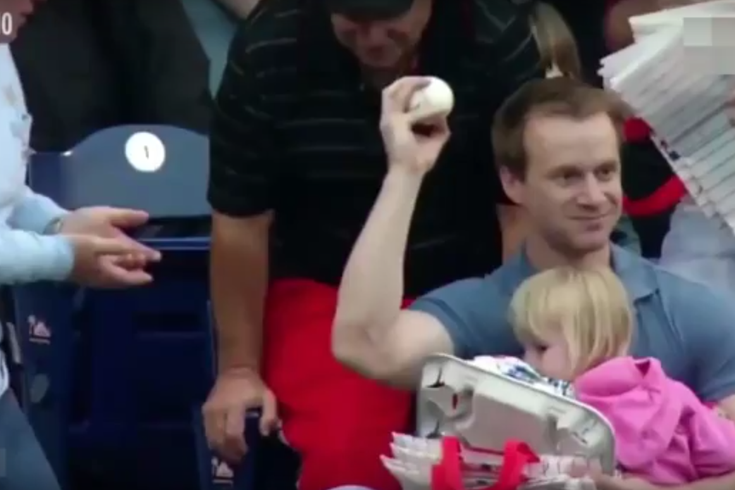 You can have it all.

According to real estate website Abodo, Philadelphia fits most millennials' criteria for a perfect city, but few of them choose it as their preferred place to live. Number one is mom's basement. Number two is dad's basement. Yes, all of their parents are separated. Yes, it's their fault.

A dad at a Phillies game catches a foul ball one-handed while holding his daughter and a tray of food with his other hand. Then he throws all three at Ryan Howard.

The reopening of Revel casino delayed by human waste clogging up their sewage lines following a dispute with the Atlantic City Sewerage Company. “Human waste?” says Chris Christie, coming up for air. “I have a name, you know.”

A juror in the Chaka Fattah corruption trial is dismissed for undisclosed reasons. "Well I have never been so mistreated in all my life," says juror Schmaka Schmattah, who has two mustaches.

Wawa's original store in Folsom, Pennsylvania, is closed and a new one, store number 731, is opened across the street. Meanwhile, at the first Sheetz location, they’re celebrating 30 straight days without some snaggle-toothed goon accidentally getting shot by his dog in the parking lot.

Police in White Haven, Pennsylvania, are stopping child bike riders to hand out “ice cream citations” — not a ticket but a coupon for free ice cream. "Are you kidding me right now?" say the kids in Black Haven.

Two people suffer minor injuries after an explosion at a South Philly steam facility. Ed Rendell publicly criticizes them for not donating to the Democratic National Convention.