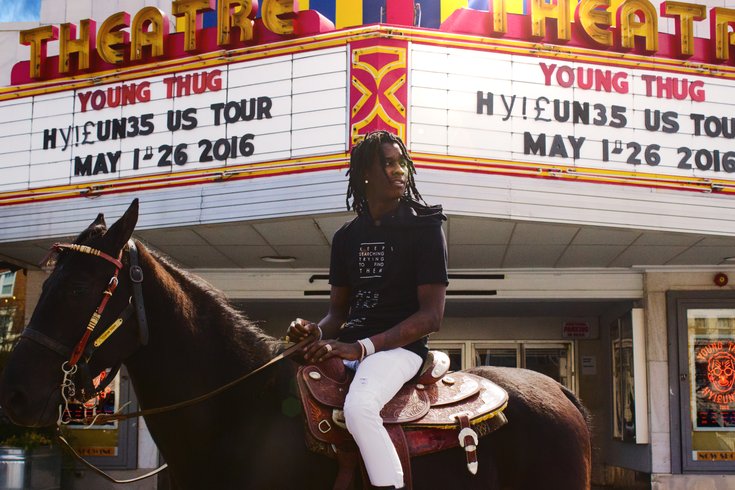 Irish singer-songwriter James Vincent McMorrow has turned over a new leaf in his music thanks to a bit of smart matchmaking. On his just-released third album, “We Move,” McMorrow has collaborated with Nineteen85, a Toronto hip-hop producer (Drake, Nicki Minaj) and a half of mysterious R&B duo DVSN. “We Move” has some well-earned echoes of DVSN’s recent debut: both albums are sparse but impeccably produced, achieving a no-frills R&B that centers a tense, vulnerable vocalist.

Margo Price has had a big year. Her new album, an austere debut on Jack White’s Third Man Records, trades in the type of autobiographical country music that is boldly specific instead of universally relatable, less folksy than folk. It’s called “Midwest Farmer’s Daughter” and you needn’t look past the first track to get the gist of Price’s calamitous story, which she belts out in a largely unadorned but always steady voice.

This Australian duo — psychedelic club anthem specialists — just released their much-anticipated second album, not so much shattering the grandiose expectations they earned with their debut as skirting them with similarity. There’s no way around the takeaway: This is indulgently low-brow nostalgia. But as any club-goer knows, certain sounds are worth repeating. (In-the-know fans can catch Jagwar Ma at one of WXPN’s Free at Noon concerts on Friday, too.)

Blasphemous and hilarious, Kool Keith has been one of hip-hop’s strangest stars since the mid-’80s. The former Ultramagnetic MC has a singularly out-there style, rapping about everything and nothing at once under a slew of aliases (Dr. Octagon, Dr. Dooom, Black Elvis, etc.). Keith continues to release weird, lively music, most recently on the indie label Mello Music Group.

Hardcore bands don’t get much more influential than Infest, a California-based quartet that ushered in the punk subgenre “powerviolence” in the late ’80s, well before such a word ever existed. After a decades-long elusive streak, the intensely political thrashers are giving longtime fans a rare chance to catch them live.

Though he’s doing it less conspicuously than he did a year ago, Young Thug continues to charge ahead as one of hip-hop’s greatest pop tinkerers. The Atlanta rapper is done with the haphazard music drops that long bewildered fans, and has instead focused his energy on becoming an album artist. The effects have already taken hold: this year Thugger released a pair of wonderfully polished EPs in “I’m Up” and “Jeffery,” neither of which required the cherry-picking of his earlier mixtapes.

The sophomore album from Nicolas Jaar, a 26-year-old electronic producer based in New York, opens with a marathon of a song called “Killing Time.” It’s more than 11-minutes long, but worth every second of anxious build-up and meandering wind-down. In this way, Jaar positions his listeners as passengers: His songs rarely boil down to a single melody or moment, and are instead defined by their pace and distance. When “Killing Time” is over you might find yourself feeling wearily accomplished, like you’ve just hunkered down through a beautiful storm.