The celebrity duo bought the Welsh football club in 2020, professing hopes to restore the team to glory 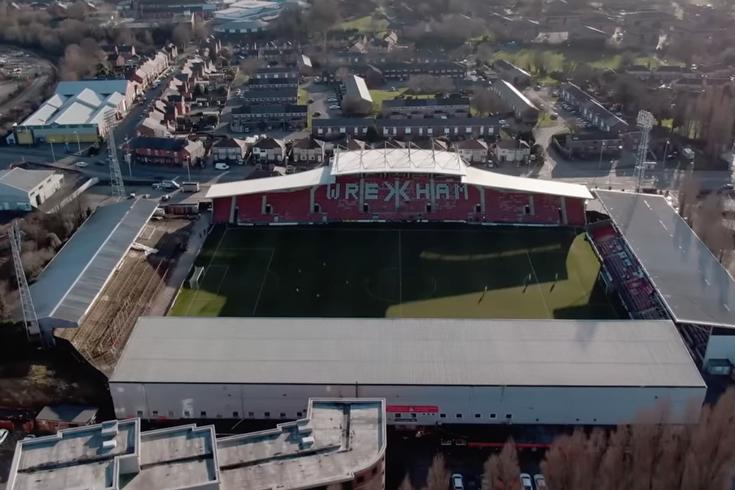 Rob McElhenney and Ryan Reynolds are learning on the fly what it means to own a football club, and their trial by fire with the rabid fans of Wrexham AFC will soon be put on full display.

FX has released the official trailer for the upcoming documentary series, "Welcome to Wrexham," which chronicles how two American celebrities fare in their new roles leading a storied Welsh soccer club.

Based on the trailer, much of the show will revolve around the duo's challenge to earn the confidence of loyal Wrexham Red Dragons fans, who have endured decades rooting for a team that fell into relative obscurity.

Wrexham AFC, the world's third-oldest professional football club, was formed in 1864 and has been a core rallying point for the town's working-class community. The club is currently in the National League, the fifth tier of English football. That's the lowest tier they've played in since they were first elected to the Football League in 1921.

Wrexham AFC's home stadium, the Racecourse Ground, is the world's oldest international stadium that still hosts international games. The club won a Third Division title in 1977-78 and has won the Welsh Cup a record 23 times, but hasn't been a force in international soccer for decades.

That brings us to the premise of the documentary, as described by FX:

In 2020, Rob and Ryan teamed up to purchase the 5th tier Red Dragons in the hopes of turning the club into an underdog story the whole world could root for. The worry? Rob and Ryan have no experience in football or working with each other. From Hollywood to Wales, from the pitch to the locker room, the front office to the pub, Welcome to Wrexham will track Rob and Ryan’s crash course in football club ownership and the inextricably connected fates of a team and a town counting on two actors to bring some serious hope and change to a community that could use it.

Last year, McElhenney had planned to bring Wrexham to the Philadelphia area for a friendly match at Chester's Subuaru Park against the Philadelphia Union of the MLS. The event was called off due to concerns about COVID-19, potentially robbing "Welcome To Wrexham" viewers of what would have been some entertaining scenes in the United States.

But the trailer shows an interesting side of McElhenney and Reynolds, who are both known for their more comedic roles, as they deal with the real responsibilities of representing a proud club. It remains to be seen whether their ownership, over time, brings Wrexham AFC back to competitive relevance in the U.K. and the rest of Europe.

"Welcome to Wrexham" will premiere Aug. 24 on FX.