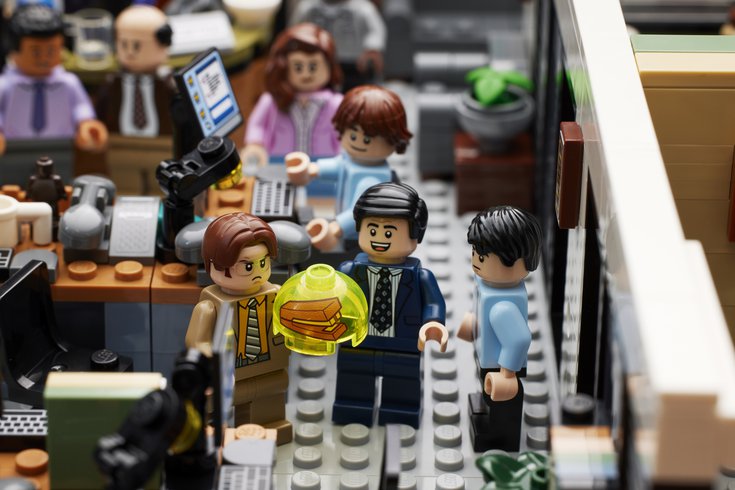 'The Office' set has been immortalized in a new Lego kit based on the popular NBC sitcom set in Scranton, Pennsylvania. It's currently available for pre-order online and will hit stores nationwide on Oct. 1.

"The Office" may no longer be available to stream on Netflix, but fans can now bring the show back into their homes with a miniature version of Dunder Mifflin's Scranton branch.

A nearly 1,200-piece Lego kit based on the beloved NBC sitcom is set to be released on Oct. 1 in Walmart stores across the United States. The diorama features the conference room, Michael's office and Pam's reception desk.

The set also includes 15 figurines portraying everyone from immutable characters like Jim and Dwight to more tangential personalities like Stanley, Meredith and Toby.

The idea for the set came from Jaijai Lewis, a marketing professional in New York City, who's been working on the model since 2014.

"It was a lot of fun to recreate classic moments from the show over the years," he said. "I used behind-the scenes photos, set blueprints and re-watched the show as references for my designs."

Lewis pitched the concept through Lego's Idea Platform, which gives select builders the chance to bring their creations to life with the help of the company's master designers. 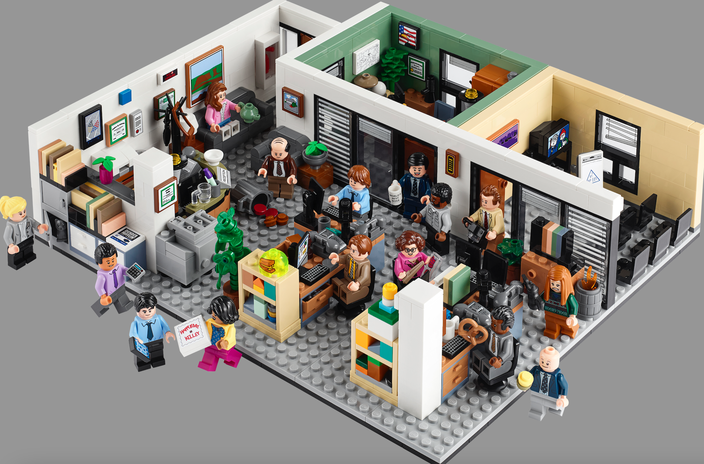 The set is currently available for pre-order online and costs $120.

"The Office" is the most searched for TV show set in Pennsylvania on IMDb. It beat out "Banshee," a Cinemax thriller about diamond thieves hiding in Amish country, and two shows set in the Philadelphia region – "It's Always Sunny in Philadelphia" and "Pretty Little Liars."

"The Office" has remained popular nearly a decade after the show came off the air, in part because it's a security blanket of sorts for many viewers.

“For me, it’s a show I go to for comfort," Lewis said. "I’ve heard from thousands of supporters over the years that during moments of hardship, they will watch it to lift their spirits."

The show aired on NBC between 2005 and 2013. During that run, it won five Primetime Emmy awards. It's based on a British series with the same title that aired between 2001 and 2003 on BBC.

Although the American version's first season was very similar to its namesake, as the show progressed, it developed its own identity that was more bright and upbeat.

Fans of "The Office" have been begging for a reboot or spin-off for nearly as long as it's been off the air. Although NBC was reportedly eager to make the reboot a reality last summer, there's been no concrete news about the project since then.

John Krasinski and Steve Carrell, the actors who play Jim and Michael, are reuniting soon for a new movie called "Imaginary Friends." The family comedy is being written, produced and directed by Krasinski.

"The Office" is currently available to stream on NBCUniversal's Peacock.