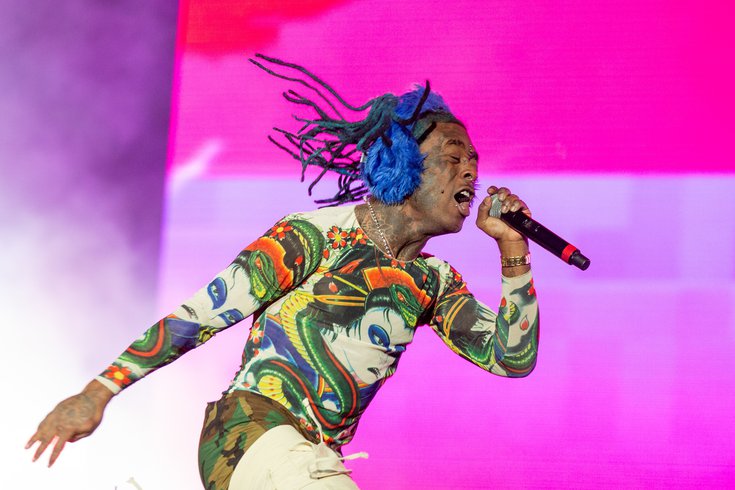 Lil Uzi Vert, one of the biggest rappers to come out of Philadelphia in recent years, has quietly come out as non-binary.

The rapper, 26, updated their Instagram bio Sunday to show that they now use "they/them" pronouns.

Lil Uzi Vert has not commented or shared any other information about the change as of Tuesday morning, but those pronouns are generally used by people who identify as neither a man or a woman.

Lil Uzi Vert has long been known for their outlandish, androgynous style choices, like the $24 million pink diamond they had installed in their forehead last year, which was ripped out while they were crowdsurfing.

The aesthetic aligns well with the rapper's music, which is often as influenced by pop tunes and rock genres like emo and heavy metal as it is the world of hip-hop.

Lil Uzi Vert was also one of the first popular rappers to depart from the traditional depictions of masculinity that have long defined the genre.

Alongside acts like Juice WRLD and Lil Peep, Lil Uzi Vert opened up a space where rappers and their fans can speak about their feelings and mental health struggles and express themselves authentically through their music and clothing.

The Instagram bio update came as the rapper released new music for the first time in eight months.

The track "Space Cadet" and another called "I Know" were released on Soundcloud on Sunday and Monday, respectively.

In the coming weeks, Lil Uzi Vert also plans to release a new EP titled "Red & White" followed by a new album called "The Pink Tape" later this year. They haven't released anything other than singles since November 2020.

The rapper will also will play a set at the Made in America Festival over Labor Day weekend. Two-day passes start at $150.

Their biggest song was 2016's "Bad and Boujee," which made it to No. 1 on the Billboard Hot 100 and went platinum four times over.

The rapper followed that up with 2017's "XO Tour Llif3," which ultimately went platinum seven times over even though it only peaked at spot No. 7 on the Billboard Top 100.