The song is the second release from his upcoming album 'God Save the Animals,' which will be available on Sept. 23 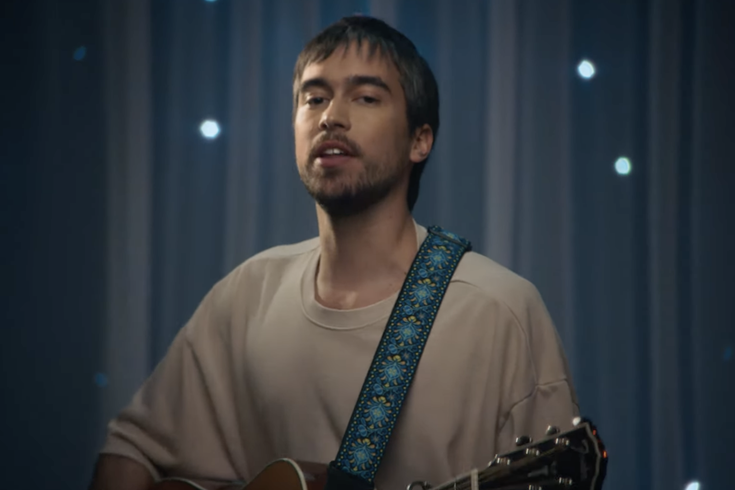 Philadelphia indie darling Alex G played his new song 'Runner' on NBC's 'Tonight Show Starring Jimmy Fallon' on Tuesday. It's the second single from his upcoming album 'God Save the Animals,' which will be out on Sept. 24.

The hazy, mid-tempo rock track is the second single from the artist's ninth full-length studio album "God Save the Animals," which Domino Records is releasing on Sept. 23.

This is the first time Alex G has been on late-night TV since 2017, when he performed his track "Proud" on NBC's "Late Night with Carson Daly," Pitchfork reported.

"Runner" is folksy and guitar-heavy, but it's driven forward by jaunty piano riffs, something that's become more common on the artist's newer releases. It doesn't stray far from the songs on 2017's "Rocket" or 2019's "House of Sugar," but there's a newfound confidence on this recording – particularly when it comes to the vocal performance.

That could be because Alex Giannascoli, as the artist is known offstage, eschewed the signature DIY home recording process that's defined his releases so far for a more professional studio experience.

Parts of the record were recorded and produced at Headroom Studios in East Kensington, Spice House Sounds in Fishtown and Gradwell House Recording in Haddon Heights.

Although the track has a sense of levity – a vibe that's furthered by the music video, which features Giannascoli and his band playing in a soothing, heavenly environment – the lyrics are cryptic and dark.

The same is true of the track "Blessing," which was the first single released from the upcoming album in May. The song and the accompanying music video have a much darker vibe reminiscent of 90s industrial metal acts, like Marilyn Manson or Nine Inch Nails.

That was the aesthetic Giannascoli used when recording the film score for "We're All Going to the World's Fair," a coming-of-age horror movie about a teenager going through a personal transformation on the internet.

Philadelphia indie-folk act Sadurn will open for Giannascoli at the second performance. They released their newest EP, "Radiator," on Run for Cover Records in May.

Giannascoli grew up in Haverford, Delaware County, and briefly attended Temple University before his music career took off.

The entirety of "God Save the Animals" won't be available on streaming platforms until September, but the vinyl is currently available for pre-order on Domino's website for $26.