What are the Eagles looking for in their 'X receiver?' 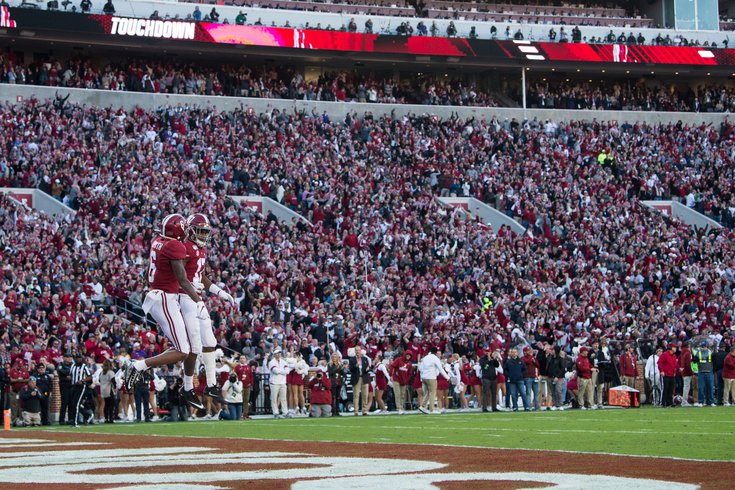 The Philadelphia Eagles have an obvious glaring need at wide receiver, they have 11 draft picks, and it's a very strong wide receiver draft class. As such, they are nearly certain to add at least one receiver next week, whether that be in Round 1, or later on in the draft.

But what type of receiver would they like to add, if they had their choice? First a look at the team's depth chart at wide receiver:

Reagor will have a chance to show that he can be the Z receiver in the Eagles' offense. Beyond that, the Eagles have needs at both the X position and in the slot.

In case you're unfamiliar with X, Z, and slot receiver designations, you can check out this tutorial here. The short-short version:

When you look at the top three wide receivers in the 2021 Draft, you have LSU's Ja'Marr Chase, Alabama's Jaylen Waddle, and Alabama's DeVonta Smith.

Chase is an X receiver prospect. He has decent enough size, he has great hands, he runs good routes, and he's physical when beating press. Waddle is a classic Z and/or slot receiver, in that he's a 5'9, 180-pound explosive playmaker. Smith's fit is a little more nuanced. He attacks the game and has the mentality of an X receiver, but the fact that he's only 166 pounds is going to raise legitimate questions about his ability to beat press coverage in the NFL.

And so, it was interesting hearing Nick Sirianni define on Wednesday what he believes an X receiver is.

"So it's just a matter of can that guy do what you want that person to do on the outside. Really when you say X, it's can he win one-on-one match-ups consistently. So it's just who can do that. Who can win the one-on-one match-up consistently so the quarterback can take the ball, go one, two, three, four, five, hitch throw, ball's out, everybody is better in front of him because of it. He's better because it's one-on-one out there, and that guy looks different all across the league.

Normally, I might call that an over-simplistic view of the position. However, in terms of this Eagles roster, while a classic "X receiver" would be ideal, their wide receiver position remains so unsettled that they really just need anyone who can get open and make plays.