What are those unsightly green splotches in the Schuylkill River?

Expert: An abundance of duckweed has washed downstream 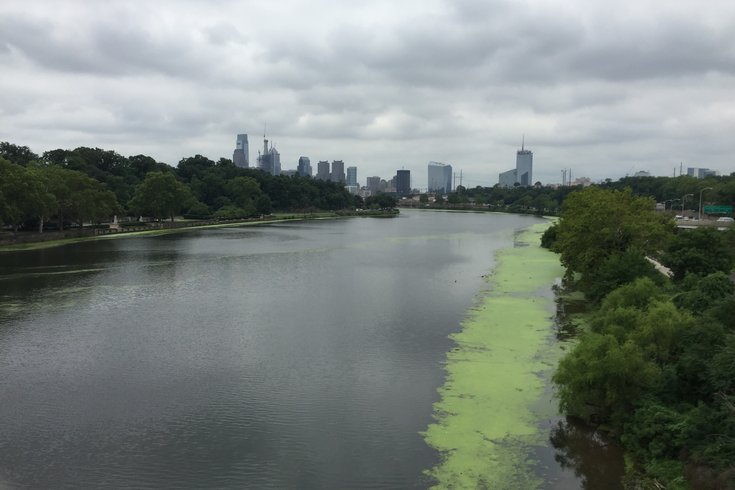 As shown in this file photo, bright green swaths of duckweed, a harmless, free-floating aquatic plant typically found in low-flow or stagnant water conditions, can be seen throughout the Schuylkill River in Philadelphia.

Expansive, bright green splotches have appeared throughout the Schuylkill River in recent days, transforming the waterway into an unsightly spectacle.

But don't confuse them with anything harmful.

Those huge biomass patches are duckweed, a free-floating aquatic plant typically found in low-flow or stagnant water conditions, according to the Philadelphia Water Department. Such large amounts of duckweed are uncommon, but do not harm the river or negatively impact the water quality.

So why did the duckweed appear so suddenly?

The Schuylkill watershed covers a drainage area of some 1,900 square miles, mostly north of Philadelphia, PWD spokesperson Laura Copeland said. River flows have been lower than normal for most of the summer, but increased during the heavy rainfall that saturated the watershed during the last week. 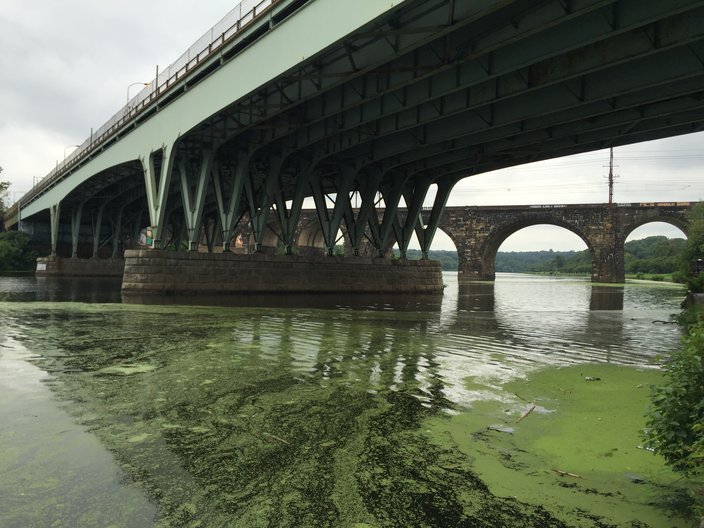 "The heavy rainfall has flushed the duckweed from upstream tributaries and areas along the Schuylkill River downriver," Copeland wrote in an email. "The large biomass of duckweed observed in the downstream portions of the Schuylkill River is not a common occurrence, and is related to the atypical low flow conditions that the Schuylkill drainage has experienced this summer."

Copeland stressed that the biomass is not toxic algae, which washed onto Florida beaches earlier this summer and caused officials to declare states of emergency in four counties. The Schuylkill River has not experienced a toxic algae bloom in recent memory, she said.

"Duckweed is naturally occurring and can be found in healthy water bodies around the country," Copeland wrote. "It is not indicative of elevated chemicals or water quality concerns and is more synonymous with low flow conditions providing areas of habitat for this species to persist. Despite being churned up by the recent heavy rainfall, the Schuylkill River is indeed healthy."