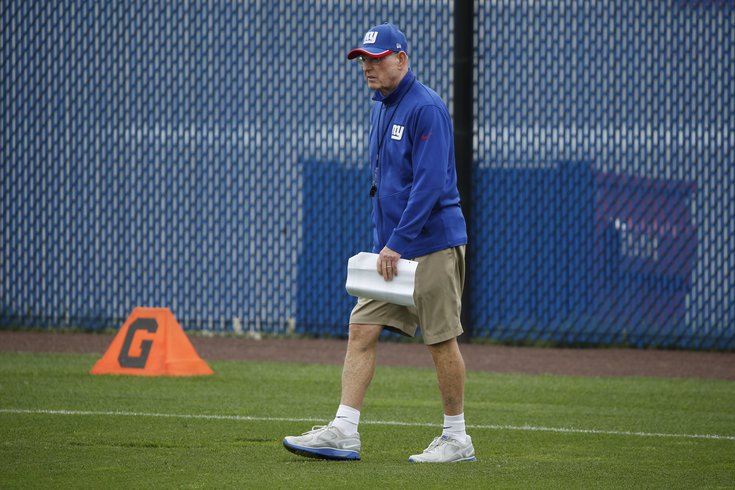 "Rub some dirt on it, and get back in there!"

Walter Thurmond has played for three very good coaches. He played for Chip Kelly at Oregon, followed by Pete Carroll in Seattle, Tom Coughlin in New York, and now Kelly again in Philly. Bleacher Report's Brett Sobleski asked Thurmond to compare the three coaches, and while Thurmond was complimentary of all three, he had some interesting things to say about Coughlin's approach to sports science.

Q: You played for some very interesting personalities in Pete Carroll, Tom Coughlin and now Chip Kelly. Can you explain the differences between them, since each can be typecast by those of us on the outside? For example, Carroll is ultra-competitive. Coughlin is a disciplinarian. And Kelly is a modern mad scientist.

A: "I'll start by saying they all have one thing in common: They are driven to win a championship. And they believe with every fiber in their bodies all the way to their core in their philosophies. They realize some coaches would belittle the situation once the playoffs came by just trying to win this or that game. When the coach is confident in saying, 'We're here to win a championship, and that's our sole purpose,' I think guys react that way.

Coach Carroll really started talking about that championship mentality going into his third and fourth year when we won the Super Bowl, but even he didn't believe we had a team to compete for a championship before then. Just hearing that was kind of surprising, but we realized we really were a team that could win a championship at that point and believed in it.

I never would have pegged Coughlin as a guy who didn't believe in "modern medicine." 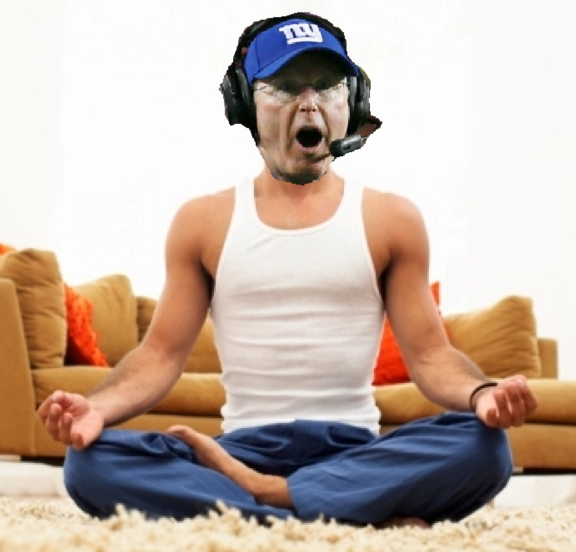 According to Football Outsiders, the Giants were the most injured team in the NFL both in 2013 and in 2014, and they've already lost starting LT Will Beatty for the season.

Because the Eagles missed the playoffs and spent their offseason making a series of headline-grabbing moves, it's easy to forget that they averaged 29.6 points per game in 2014, the third-most in the league. The reviews of the Chip Kelly era may vary from "wildly imaginative" to "abhorrent," but few question his ability as a play caller.

I disagree, and the notion that the Eagles scored 29.6 points per game is incredibly misleading, as we pointed out yesterday when we said there's an argument to be made that the Eagles' defense was better than the offense a year ago.

The fast pace with which the Eagles conduct their offense allows them to run more plays than any team in the league, and causes the defense to face a high number of snaps as well. But on a points per drive basis, the Eagles were only 13th in the league. Additionally, the special teams units and defense scored 11 touchdowns, which on paper benefits the offense, but distorts the reality of how they actually put 29.6 points per game on the board.

Seven rookies you forgot about who could break out in 2015 - Louis Bien, SB Nation

Why you should be excited: Admittedly, Smith's rookie season was rather bleak, but if the Eagles haven't given up on him then neither should you. When Philadelphia traded for Kiko Alonso and released Cole, it clarified Smith's role -- no more of that inside linebacker business, Smith will be sticking at outside linebacker where he racked up 14.5 sacks in 13 games during his final season at Louisville. Barwin and Graham are the projected starters at the two outside linebacker positions, but Smith could be in line for a rotational role like Graham had last season, and potentially more.

I don't see it. When the Eagles drafted Smith, he was a player who was thought to be a high upside guy who might take some time to develop. In that respect, maybe you forgive Smith's lack of production in his rookie season. However, with those types of "projects," you at least want to see something encouraging, but Smith never flashed potential the same way a guy like Josh Huff did as a rookie. Forget potential. If Smith shows potential to have potential this season, that will be an improvement.

In some systems, Wilson might not be as effective. But with the Eagles and Kelly, I think he'd be great. So if the question is: Would Kelly be interested in Wilson? The answer is overwhelmingly yes.

But the situation is a lot more complicated because of what it would potentially take to get Wilson. For starters, you'd probably have to make him the highest-paid player in the league. That limits what you can do with the rest of your roster from a salary cap perspective. One of the reasons the Seahawks have been able to load up on talent is because Wilson has been playing on his rookie contract.

And secondly, assuming the only way to land Wilson would be through the non-exclusive franchise tag, you'd also be giving up a pair of first-round picks.

Sheil also goes through the three ways in which the Eagles could acquire Wilson. Spoiler: Don't get your hopes up.

Yeah, we did this last year when LeSean McCoy said that he was the best running back in the league. Shameless self-promotion: Go check out our detailed DeMarco Murray vs. LeSean McCoy statistical analysis from a few weeks ago.

So let's have some fun. Which all-time Eagles would you most like to add to this team?

From Tommy's list of players, I'll take Reggie White all day. Quarterback is obviously the most important position on the field, and I think Donovan McNabb would have thrived in this offense. And then there's Brian Dawkins, of course, who is killing everyone in the fan voting within Tommy's piece. Dawkins would fill a need and instantly upgrade the Eagles' secondary. But again, for me it's White, who is the best player by far over anyone on Tommy's list.

Go look at Reggie's stats, especially his 1987 season. In 1987, White had 21 sacks and four forced fumbles in just 12 games in a strike-shortened season. If not for that strike, White would have the single-season sack record, not Michael Strahan. White dominated in a 4-3, but he could play in any scheme. A pairing of Fletcher Cox and Reggie White at DE would be sick.

• Jason Kelce should avoid angering Steve Weatherford at all costs if he knows what's good for him.

• There's an offensive tackle prospect entering the supplemental draft who could interest the Eagles.

• If someone tells you the Eagles still have a shot at getting Marcus Mariota because he hasn't signed with the Titans yet, you can kill their hopes here.