Venus, Saturn and Jupiter will form a straight line in the southwest sky for about two hours Saturday 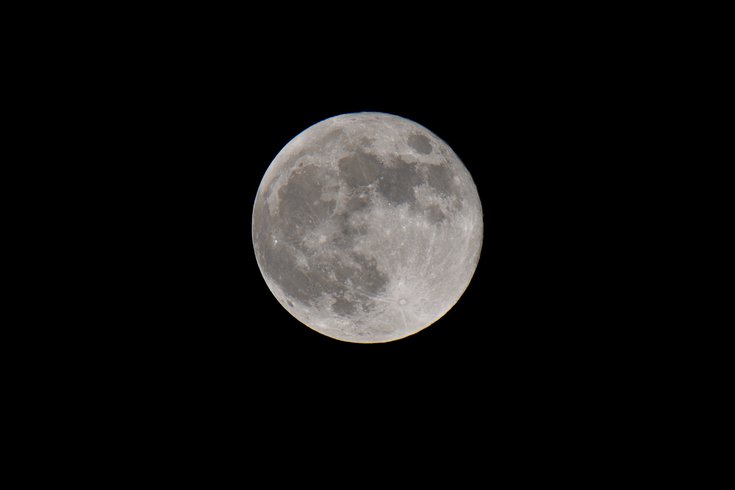 December's Cold Moon will reach its fullest phase at about 11:35 p.m. on Saturday. It will sit in the sky for over 14 hours, making it the longest full moon of the year.

The last full moon of the year, a trio of planets and a number of star constellations will be on display in the sky this weekend.

December's full moon, called the Cold Moon, will reach its fullest phase at about 11:35 p.m. Saturday, according to the Old Farmer's Almanac.

The full moon will begin to rise in the northeast sky at around 4:10 p.m. Saturday, roughly 30 minutes before sunset. The moon will set at about 6:55 a.m. Sunday.

All said, the moon will sit high above the horizon for more than 14 hours, making it the longest full moon of 2021, according to NASA.

The moon earns its name, understandably so, from the cold weather that takes hold at this time of year in the Northern Hemisphere. It is sometimes referred to as the Long Night Moon given its proximity to the winter solstice on Dec. 21.

December's Cold Moon is considered a micro-moon, meaning that it is at its farthest point from Earth, about 252,000 miles from the planet. A full moon occurs when the celestial sphere is exactly opposite Earth from the sun.

Venus, Saturn and Jupiter will also be visible to the naked-eye starting at about 4:30 p.m. Saturday. The three planets will roughly form a straight line from the southwest to the south going up at about a 45-degree angle relative to the horizon, according to Space.com.

Jupiter will be the furthest from the horizon at about 30 degrees above it, while Venus will be closest at about 10 degrees over the horizon. Venus is so bright that it can still be seen even in light-polluted skies.

The trio of planets will be visible for about two hours Saturday before they begin to set. Venus will set at around 6:40 p.m., followed by Saturn at 7:50 p.m. and Jupiter at 9:20 p.m.

Several winter star constellations will also be prominently visible this Saturday night. Sirius, the brightest star in the sky, and Orion can be seen above the horizon at about 8 p.m.

Other constellations will become visible later in the night, but they could be more difficult to see from a light-polluted area. By 11:30 p.m., Leo will be visible above the horizon, while Orion, Canis Major and Canis Minor will form a triangle of bright stars high up in the south-southeast sky.

The weather for Saturday night could dampen the astronomical fun. Rain and clouds are currently forecasted for the Philadelphia region, according to the National Weather Service.

This weekend's full moon, planet and star-filled sky will come on the heels of the geminid meteor shower that was visible across the region earlier this week.