Who won the week in Philadelphia sports: Fans needs the Eagles more than ever 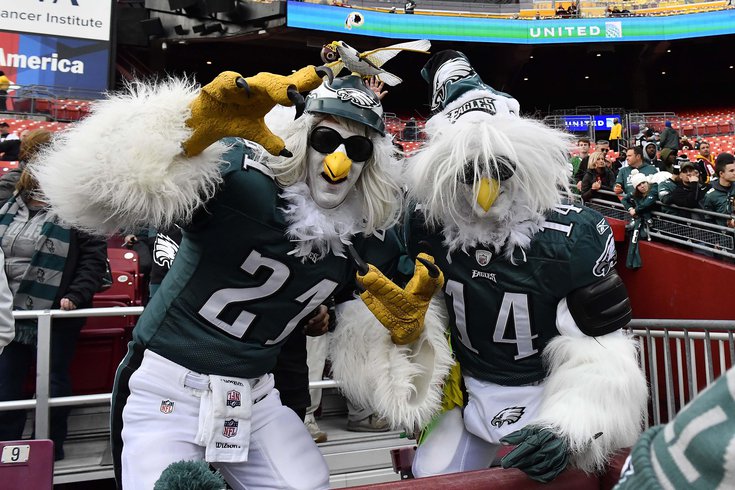 Let's be straight up: it was a rough week in Philly sports. Kyle Schwarber lost in the first round of the Home Run Derby to the corpse of Albert Pujols. The Phillies were swept by a Cubs team that came into the series 22 games under .500 over the weekend. The mind-numbing inconsistency of the Phils that I've been writing about over the last few months is not what Philadelphia sports fans need. This is a football city and salvation is coming on Tuesday, as the Eagles report to training camp with the media then heading down to the NovaCare Complex for the first time on Wednesday.

So... who won the week in sports? Well, really, no one earned it, but the Eagles won it simply by existing as a promising squad that Philly can hoist all their dreams and hopes (and, at some point, anger) upon as the calendar flips closer to the fall.

As we prepare to exit the "dead period" of the sports calendar, I'm going to run through some elements of the Birds that I'm excited for in 2022:

Super Bowl hero Brandon Graham is back in the fold following a season-ending Week 2 injury in 2021. He said on WIP on Monday morning that he wants to keep his career going beyond 2022 too.

Jalen Hurts' juke-filled touchdown run against the Saints last year was perhaps the best play of the Eagles' season. More highlight reel runs in 2022 will have Birds fans in a frenzy.

What Can Brown Do for You? 📦

There are two modern NFL players that remind me the most of Terrell Owens: A.J. Brown and DK Metcalf. The Eagles traded for the former this offseason, giving the franchise their best wideout since Owens himself. He has the ability to take over the city the way T.O. did in 2004.

Got That Bulldog in Them 🐕

The Eagles drafted the two best defensive players from one of the greatest college football defenses of all time: Jordan Davis and Nakobe Dean. Their roles for their respective rookie campaigns are ill-defined as of right now, but come the stretch run of the season, I expect both to be huge contributors.

Camden native and former Temple walk-on Haason Reddick signed a big new deal with the Birds signing back in March. The Eagles have had just two seasons were a player reached double-digit sacks in the last ten 10 years: Fletcher Cox in 2018 (10.5) and Connor Barwin in 2014 (14.5). I expect Reddick to join that club in 2022.