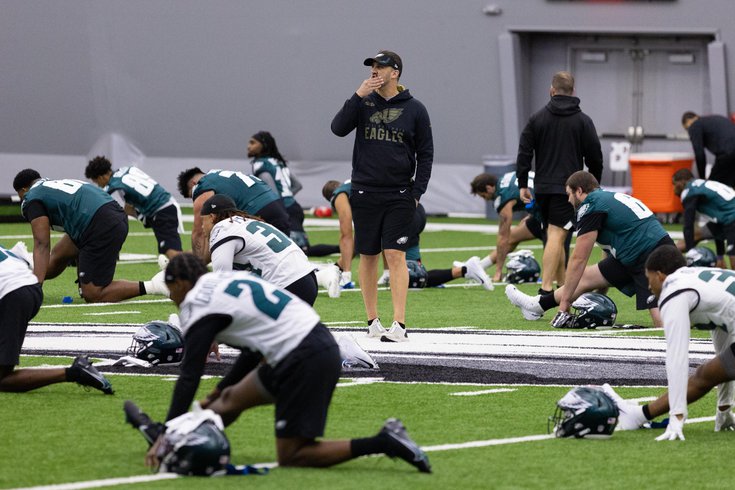 As a way to sort of show the number of open spots on the Philadelphia Eagles' roster, and who will be the candidates fighting for them during training camp, let's take a look at the team's locks to make the roster, near-locks, bubble players, and longshots.

Notes: Barring trades (for example, Dillard, maybe Seumalo), we all agree that the above players are locks? Yes? Good, moving on...

Notes: Some of these guys (McPhearson, Pascal, Tartt, etc.) are safer than others. While I expect the players in this group to make the team, I don't believe it is a foregone conclusion yet that they will, for varying reasons.

Notes: This is really the group worth watching this summer, in terms of who's going to make the team. Simple math above will show that the locks (34) plus the "near-locks" (13) equals 47, leaving six open spots on the final 53. These are the players jockeying for those six spots (or more, if some of the near-lock players falter).

Notes: I'd give the players in this group anywhere between a 0-15 percent chance of making the team. Eight of them are undrafted rookie free agents, and many of them were intriguing signings. However, those guys will really need to have exceptional camps to make the final 53 because the Eagles' roster is strong and deep this year, at least on paper.

Many of those guys are likely headed to the practice squad for further development.

Notes: We'll see if more players will join them (likely on Tuesday, if so), but for now, Jackson and Toth are the only players definitely destined for PUP.