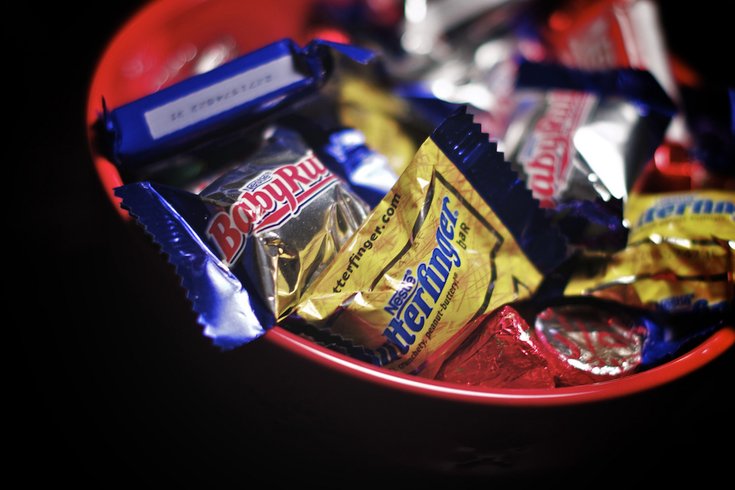 What you should know about your brain and body's reaction to candy.

After nearly a week speckled with Halloween parties, chances are you’ve had your fair share of candy. Perhaps you’ve even given yourself a stomach ache unwrapping piece after piece — seemingly uncontrollably — like you did after a night of trick-or-treating during childhood.

As it turns out, there’s a scientific reason that you can’t stop popping the bite-sized pieces, despite your better judgment, as TIME reports. While we know sugar is highly addictive, it’s not just the sugar that keeps your hand reaching for the candy dish.

Your uncontrollable candy urges are due to an unstoppable union of ingredients, TIME reported:

It’s the convergence of sugar, fat and salt—the trifecta of many candies, Halloween and otherwise—that “really revs up the hedonic eating system,” Pojednic says, referring to the well-documented phenomenon of eating for pleasure rather than physical need. Studies have shown that sweet or fatty foods can activate pathways in the brain associated with pleasure and reward, kicking off processes that can compete with or override signals that regulate normal hunger and satiety, sometimes causing people to overeat out of pleasure, not hunger. And while salt, sugar and fat are all tasty on their own, food scientists—and food companies, as noted in a 2013 book aptly titled Salt Sugar Fat: How the Food Giants Hooked Us—have long known they become irresistible when they come together.

RELATED READ: This 'healthier' Halloween candy option is not worth your time – and 'troubles'

The reason for all of this is because sweet and fatty foods can activate pathways in the brain associated with pleasure and reward. This sends your brain signals in charge of self-control and hunger regulation into a tailspin, causing many of us to overeat out of pleasure, not hunger because that combination of sugar, fat and salt is virtually irresistible.

But there’s another theory about why you can’t seem to walk by the candy dish with your usual healthy eater’s self-control that puts the blame on our brain instead of our taste buds, according to TIME:

The hedonic effect may even transcend a candy bar’s ingredients, Pojednic says. “We have these really complex neurologic systems where learning and memory and pleasure all come together,” she explains. “That’s why when you walk into the office and you see that Reese’s Peanut Butter Cup, your mouth literally starts watering. You will automatically start salivating, because you have this memory of pleasure, so that cycle sort of continues.”

If you’ve been fed up with your inability to avoid semi-regular candy binges this Halloween season, mindful eating might come in handy. Harvard Health outlines eight steps to mindful eating, but the one that’s perhaps the most helpful in this situation is to eat slowly — avoid scarfing down these goodies so quickly and you might be surprised at your ability to stop at say, two pieces, instead of six. Baby steps, people!

Another option is to replace your mini Butterfinger stash with a slightly healthier candy option — chocolate-covered nuts can totally give off candy vibes and have at least a little bit of nutrition compared to a plain ol’ candy bar!

All in all, rest assured that your candy addiction isn’t entirely your fault — rather, it’s your body and brain's reaction to a “deadly combination” of salt, sugar and fat. Perhaps some detoxifying foods like beets and walnuts can help you bounce back after this candy-heavy holiday.