This is why your doctor won't prescribe antibiotics for a cold 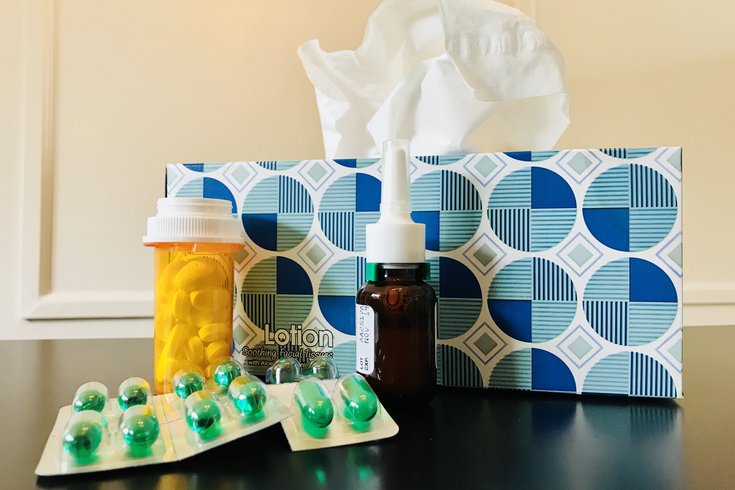 We’ve all been there – you wake up feeling achy, your nose is running, and you’re sneezing nonstop. You go to the doctor in hopes of being prescribed an antibiotic to make you feel better, but you end up leaving the office empty-handed. You may remember being prescribed antibiotics for something like strep throat in the past, so what’s different this time? Believe it or not, there’s a clear distinction between a virus (such as the common cold) and a bacterial infection — and antibiotics don’t work for both.

Although both viral and bacterial infections can be spread in similar ways and have a lot of the same symptoms, they aren’t as alike as you may think. Bacteria are microorganisms that live everywhere (i.e. the air and water) and aren’t always harmful to humans. Viruses, on the other hand, are much smaller, and need a living host (AKA your body) to survive. Viruses are the culprits of illness most of the time. They cause an immune response in your body and typically clear up on their own with time.

If you contract a virus, it’s important to be as kind to your body as possible while you recuperate. This means getting a lot of rest, drinking plenty of fluids, and taking appropriate doses of pain and fever relievers. Ask your doctor about over-the-counter medications that can help relieve many of the symptoms.

Simply put, antibiotics cannot kill a virus. The reason? The “machinery” in viruses and bacteria are different, meaning their structure and replication processes are not the same. Antibiotics only have the ability to target the machinery in bacteria, rendering them useless when it comes to killing a virus. Taking an antibiotic when you don’t need it can cause bacteria to become resistant to treatment when you actually do have a serious infection.

If you’ve recently come down with something, your doctor will be able to conclude whether you should be prescribed antibiotics or not. If you do have a viral infection like a cold, don’t be discouraged by a lack of antibiotics — your cold will get better in time. And once you’re feeling like yourself again, remember to practice these healthy habits to avoid getting sick in the future!