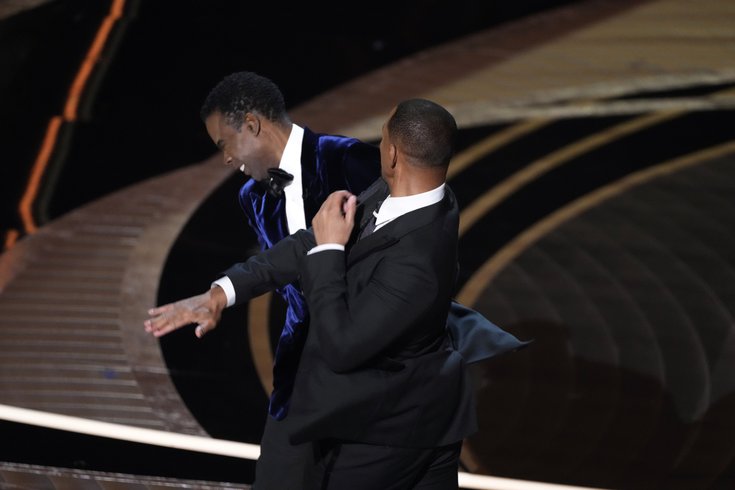 Will Smith apologized to Chris Rock for slapping him at the 2022 Academy Awards in a video posted to his YouTube channel. The actor says he is willing to talk whenever Rock is ready.

Will Smith apologized to Chris Rock for slapping him onstage during the 2022 Academy Awards, saying his behavior was unacceptable in a video posted to YouTube on Friday morning.

"I've spent the last three months replaying and understanding the nuances and complexities of what happened in that moment," Smith says. "I can say to all of you, there is no part of me that thinks that was the right way to behave in that moment."

Smith had not spoken publicly about the encounter that was broadcast live during the 2022 Oscars ceremony in March. Smith now says he did not apologize to Rock while accepting his Best Actor Oscar for "King Richard" later in the show because he "was fogged out by that point," adding that his recollection of the incident is "fuzzy." Smith said he has reached out to talk with Rock.

"The message that came back is that he's not ready to talk and that when he is he will reach out," Smith says in the video. "I'm here whenever you're ready."

Smith issues several apologies in the video, including to Rock's family and his own.

Smith clarified that his wife, Jada Pinkett Smith, did not instruct him to take action after Rock joked about Pinkett's shaved head, referencing the movie "G.I. Jane." Jada, who was seen rolling her eyes, suffers from alopecia, an immune system disorder that causes hair loss.

Smith also apologized to his fellow nominees, and mentioning to Questlove, director of "Summer of Soul," who received his Oscar for best documentary immediately after Smith slapped Rock.

"It really breaks my heart to have stolen and tarnished your moment," Smith said. "I can still see Questlove's eyes. You know, it happened on Questlove's award and, you know, it's like 'I'm sorry' really isn't sufficient."

Rock has had little to say about the slap since it happened, but he referenced the incident in his set at the PNC Bank Center in Holmdel, New Jersey, on Sunday. He's on tour with Kevin Hart.

"Anyone who says words hurt has never been punched in the face," the comedian reportedly said. He added that he's "not a victim" and "shook that s*** off and went to work the next day."

Criminal charges were not filed against Smith, but the Academy of Motion Picture Arts and Sciences banned the West Philly native from appearing at the Oscars or any other Academy-hosted event for 10 years.

The incident appears to have put Smith's acting career on hold. Many projects he was involved with have been delayed or canceled.

Smith hasn't appeared in a movie since Oscar-winning performance last year in "King Richard," a film about the father of tennis greats Serena and Venus Williams. But he will return to the screen next year with his starring role in Apple TV+'s "Emancipation," a film about a slave who escapes a plantation in Louisiana to fight with the Union Army during the Civil War.

In addressing the people who looked up to him, Smith says the incident has been emotionally taxing for him, as well.

"Disappointing people is my central trauma," he says. "I hate when I let people down, so it hurts me psychologically and emotionally to know I didn't live up to people's image and impression of me. ... I am deeply remorseful and I'm trying to be remorseful without being ashamed of myself.

"I'm human and I made a mistake. And I'm trying not think of myself as a piece of s***. I would say to those people, I know it was confusing, I know it was shocking. But I promise you I am deeply devoted and committed to putting light and love and joy into the world. If you hang on, I promise we'll be able to be friends again."

Many people who posted comments on the YouTube video were supportive of Smith's message.

"You're an outstanding man and respectable for this video," one person wrote. "It takes a real man to admit they were wrong."

On Twitter, the response to Smith's video was more mixed.

"Who cares at this point?" one person said. "He showed his true colors in front of the world. Hopefully we won't hear or see him any longer."

Who cares at this point? He showed his true colors in front of the world. Hopefully we won’t hear or see him any longer…plenty of good people that can replace him on screen. No room for a narcissist on screen or in our lives…be gone Will Smith. Bye

Another user wanted "the Rock family to jump Will Smith."

Yeah I still want the rock family to jump will smith