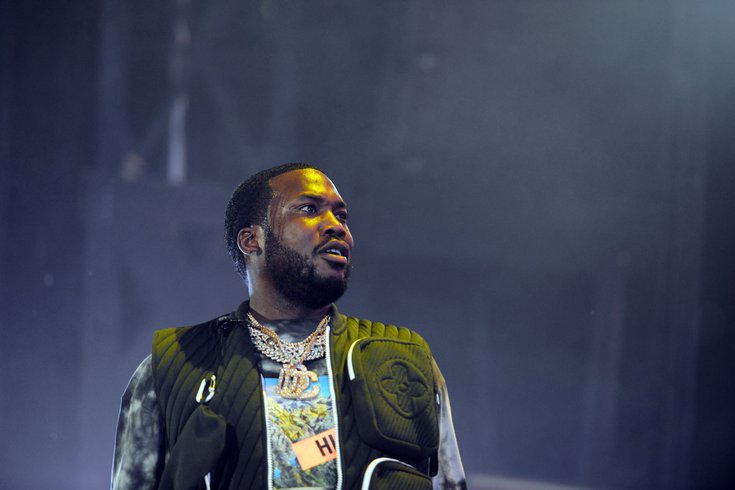 Philadelphia rapper Meek Mill plans to release new music on Aug. 18 and 10 new mixtapes starting in September. They'll be the first releases he's put out without the backing of a major label in more than a decade.

For the first time since the earliest days of his career, Meek Mill is getting ready to release new music without the backing of a major record label.

The rapper plans to drop his first new track of 2022 on Aug. 18, the anniversary of his father's death, and 10 new, independent mixtapes starting in September.

"All sponsors connected to me or my brand tap in immediately," he said in an Instagram post announcing the upcoming releases. "I need y’all for this riskkkk ima take!"

The news came after Mill parted ways with Roc Nation Management, which is owned by Jay-Z, and his longtime label Maybach Music Group, a Warner Music Group imprint, earlier this month. He had been with both for more than a decade.

"I'm personally handling my own business so I can take risk and grow," Mill tweeted at the time.

While the rapper is still on good terms with Roc Nation and Jay-Z, the same can't be said for his relationship with MMG, which is owned by fellow Philadelphia rapper Rick Ross.

Mill left the label following what he saw as the poor performance of his 2021 album "Expensive Pain."

He'd been working to end his contract with MMG since last year, Hip-Hop DX reported.

Ross first signed Mill in 2011, but his relationship with Warner stretches back to 2009.

He introduced Mill to T.I., an Atlanta rapper who owns Grand Hustle Records, another Warner imprint.

That company released Mill's next three mixtapes, but the relationship fell apart as Mill's legal troubles slowed down his career.

Mill didn't become a household name until 2017 when he was sentenced to two to four years in prison for probation violations related to a 2008 gun charge.

In 2017, he also got into an altercation with a fan at an airport in St. Louis (the charges were later dropped) and was arrested for popping a wheelie in New York City.

Rappers and social justice advocates decried the punishment as particularly harsh and used it as a rallying cry in their push for probation reforms.