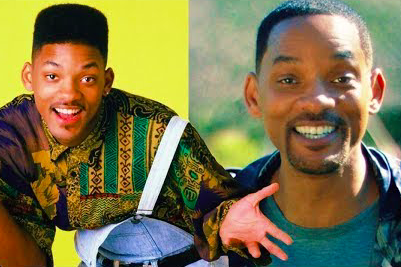 Will Smith launched his acting career on the NBC sitcom "The Fresh Prince of Bel Air."

It's hard to imagine there was a time when Will Smith was dead broke, let alone dead broke and famous at the same time.

These days, the West Philly native is a global superstar who has more potential projects sent his way than time to film them.

But the early financial success of Smith's rap career with DJ Jazzy Jeff was short-lived. "And in This Corner ...," the follow-up to the duo's acclaimed "He's the DJ, I'm the Rapper," was a commercial flop. Smith had blown all of his money and was back to being a regular guy with a recognizable face.

Smith has taken social media by storm over the past year, recently launching a YouTube series called "Story Time," in which he narrates significant or otherwise humorous life events. The subject of the last episode was his strange and sole meeting with Michael Jackson at the BET Awards.

This time around, Smith tells the story of how he redeemed his career by taking a chance on himself as an actor. That decision led to one of the most successful and iconic sitcoms of the 1990's, propelling him into his early roles in films such as "Made in America," "Six Degrees of Separation" and "Bad Boys."

When "The Fresh Prince of Bel Air" ended its six-year run in 1996, Smith was starring in "Independence Day," the film that put him on the map as an action hero. He's never had to look back again.