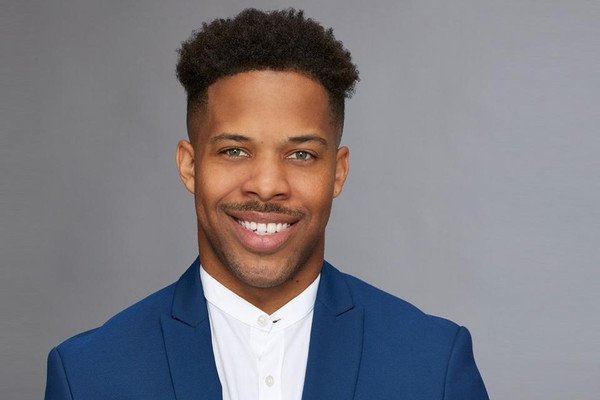 Wills Reid from 'The Bachelorette.'

Hello, fellow trash television consumers. It is I, PhillyVoice's official "Bachelor" correspondent. I intend to use this space to make an official endorsement: Wills Reid for the next season of "The Bachelor."

Wills was eliminated from the "Bachelorette" on Monday night after squaring off with Jason in a group date. With exception to his use of hair product, Jason is a good contestant and better than the other three men left competing for Becca Kufrin's heart.

But it was disappointing nonetheless — Wills seemed genuinely invested in Becca and was one of the few contestants this season who didn't have a checkered past or have the emotional stability of a toddler.

But life goes on for the 29-year-old graphic designer, and looking forward, he would be the ideal candidate for the next season of "The Bachelor." And yes, Wills has already been selected for "Paradise" this summer. But it's not too late for the producers to change their mind, right?

A presentation of the facts:

He is the opposite of Big Doofus Baby Man Arie

Arie was a disaster on the last season of the Bachelor – not just because of the embarrassing conclusion, but because of his awkward sensibilities and overhyped kissing abilities. Wills is the opposite of socially inept and indecisive. Look at this smooth-ass dude:

He's not afraid of confrontation

If you remember from a couple episodes ago, Chris — doppeleganger of Chandler's roommate Eddie — short circuited and threw a temper tantrum over his lack of one-on-one time with Becca. (Which was his fault in the first place.) After floundering and failing during a sit-down with Becca, he tried to interrupt Wills during his one-on-one time.

Normally, the guy or girl will in this situation almost always concede to the interrupter. But Wills is hesitant to give up his time, and only allows Chris two minutes before taking over again. Chris, a fledgling child, is incensed. Wills doesn't care, because he is an adult.

Of course, Wills was in the right here. But more importantly, it shows that he won't avoid confrontation — aka interesting television — if need be.

One of the more exhausting running themes on this show is constant fear from contestants about where they stand with the one holding the roses. "Oh no, does he/she really like me?" If you have to ask, probably not! Throughout his time on the "Bachelorette," Wills shows an appropriate amount of worry and confidence depending on how his time with Becca went that episode.

Then, when he's finally eliminated, he breaks down. Not drunk, crododile tears, but genuine tears.

Contestants often are either clearly detached from the show or invested to the point of embarrassment. Wills fit nicely in the middle.

Bet on him breaking out of his shell

I’m tired of people saying that introverted people cannot carry this show 🙄...We have personalities ya know...some of us come alive in front of an audience I’m just saying 💅🏽#WillsforBachelor #TheBachelorette

One knock on Wills is that he was a bit quiet. But that gradually changed as the pool of contestants thinned, as noted in the above points. It's also a mistake to conflate speaking volume and personality. Jordan the model was entertaining, to say the least, especially when sniveling little jerk (and reckless sleeper) David was trying to get under his skin. But could you imagine an entire season of his shtick being front and center?

Wills for next Bachelor because just THINK of all the fun outfits alone #TheBachelorette pic.twitter.com/kuYkguZ1pw

Last year, we had our first black "Bachelorette." After 22 seasons, there has not been a black "Bachelor." The show tripped and fell on its face trying to handle race during Rachel's season, but doing so more delicately with Wills could be a shot at redemption.